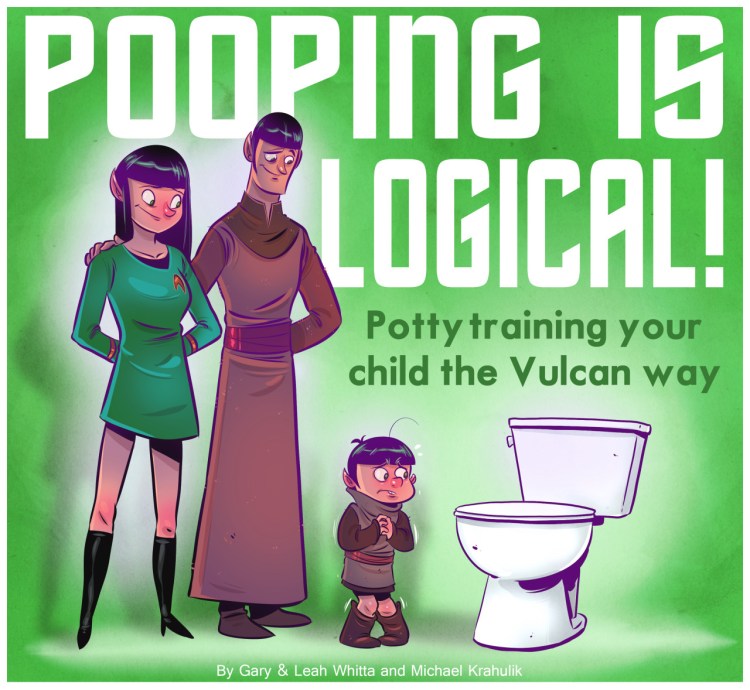 Pooping Is Logical is a potty training book by Gary Whitta (Star Wars: Rogue One) and his wife Leah Whitta based on Vulcan principles established in Star Trek. The book was inspired by the couple using Vulcan wisdom to potty train their own three-year-old daughter.

In a post to his Tumblr, Whitta writes about the problems he’s having getting the book published because, as he put it, “We can’t get anyone to take this seriously.” Whitta is encouraging potential book buyers to RT his tweet about the book to show potential publishers that there is interest in a logic-based potty training book set in the Star Trek universe.

Whitta was a recent guest on The Great Big Beautiful Podcast where he also discussed some of his other work.

Okay, let’s try to prove a point to the @StarTrek people. If you would buy #POOPINGISLOGICAL retweet this! pic.twitter.com/CNceaK0jyY 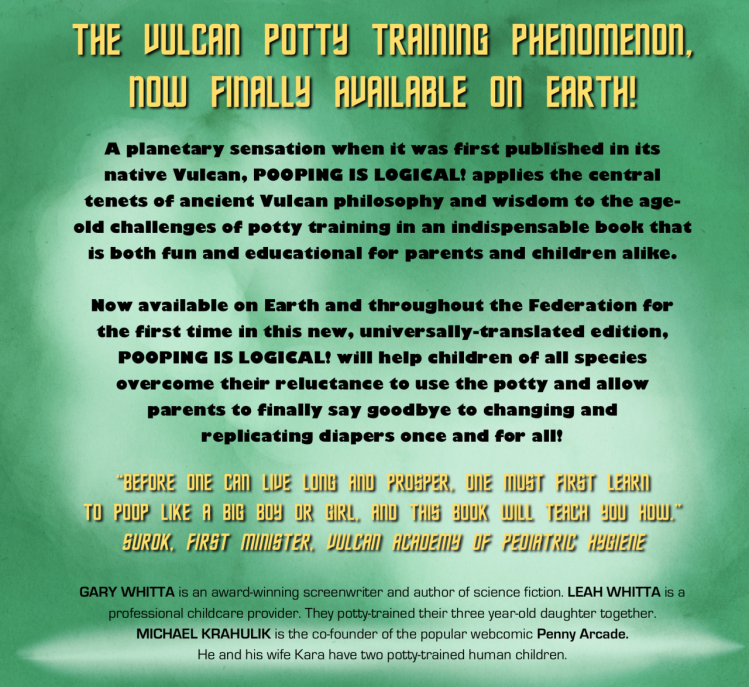