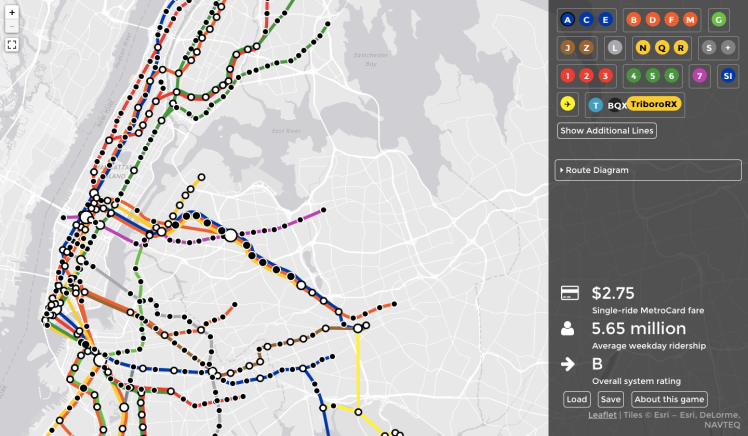 Players can create their own New York City subway maps in the new online game Brand New Subway by Jason Wright. Players can choose from several different subway maps or select a blank landscape to build their system. Stops are placed along multiple lines to try to maximize the system’s daily ridership and get the best overall system rating shown as a letter grade.

The game is an entry in the “Power Broker” Game Design Competition which challenges designers to turn urban design literature into games.

Players can choose to start from scratch or one of several NYC subway maps (including present-day, maps dating back to the early 1900s, or maps from the future). They can build new stations and lines to expand the system to new areas, or tear it down and redesign the whole thing. The game intends to evoke an imaginative spirit, to empower people to envision transportation according to their needs and desires, and to arouse the fun of tinkering with maps.