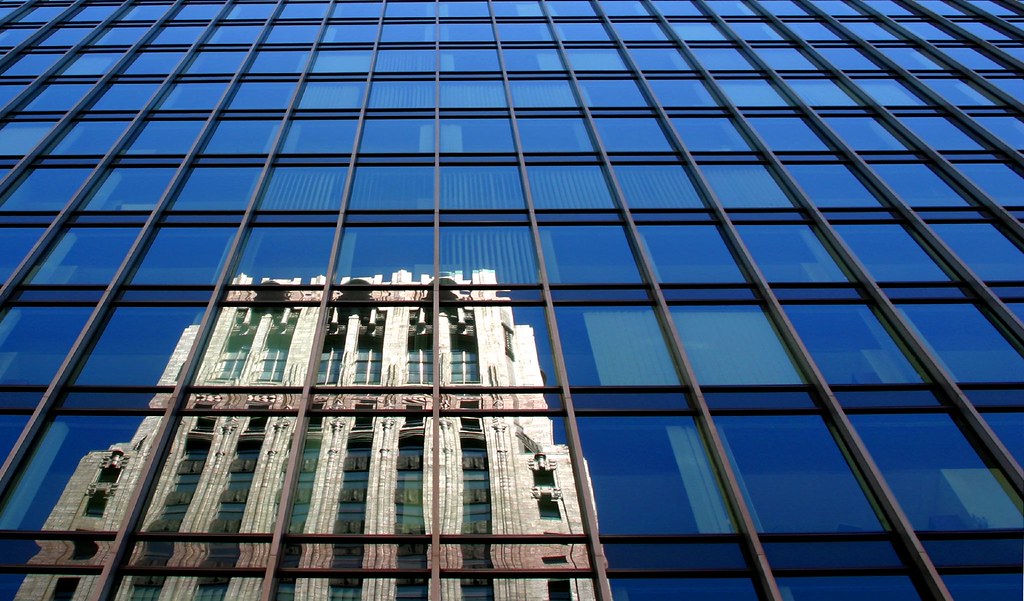 Our friend and talented photographer Thomas Hawk was harassed a couple of days ago for taking pictures of the One Bush Street building from a public sidewalk. In response to this, Erik has organized a gathering of photographers to shoot photos of One Bush this Saturday, July 30th at noon, followed by a photographic walk downtown. He’ll be handing out Portland, Oregon lawyer Bert P. Krages II’s flyer on photographers rights. Meanwhile, Matt Honan put together a contest to see how can take the most interesting photo of One Bush and the winner will receive a $10 iTunes gift certificate (or maybe even something better as his commenters are suggesting).

Yesterday I was shooting some photos of One Bush St. (the building where Bush and Market Streets intersect) when their security guard came out of his little glass jewel box lobby hut to ask me to stop taking photos of the building. He said it was illegal. I moved to the sidewalk and continued taking photos and he again asked me to stop. When I told him I was on a public street sidewalk he said that actually they owned the sidewalk and that I was going to have to stop taking photographs.

UPDATE: Here are some One Bush Street photos that have been uploaded to Flickr since Tom’s initial run-in with the security guard. There is a Onebush Flicker pool as well.