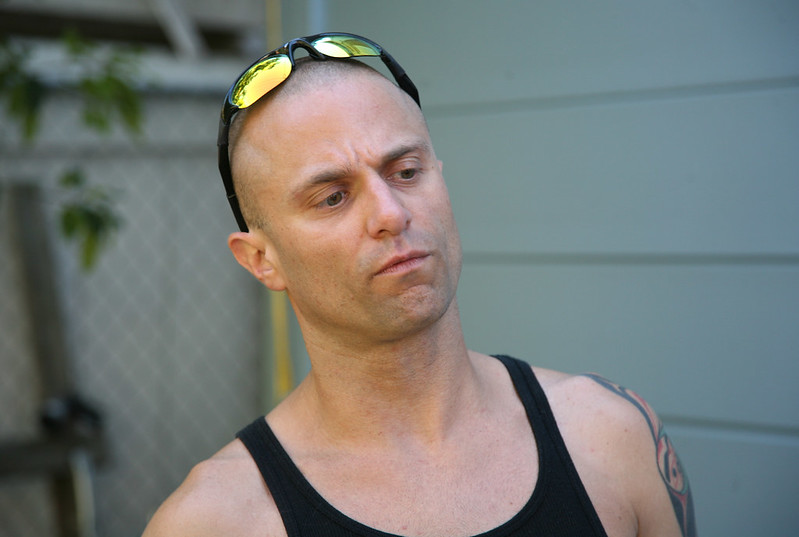 SFGate is reporting that Paul Addis, the man who was previous arrested for setting fire to Burning Man early, was arrested yesterday for allegedly planning to set fire to Grace Cathedral in San Francisco. According to SFGate, Paul was arrested on the steps of the church wearing an old ammunition belt that carried small explosives.

– Paul Addis, The Man Accused of Setting Fire to Burning Man
– Burning Man Set on Fire Early Due To Arson

UPDATE 1 (10/29/07): Paul’s next court date in Nevada is on November 13th for the previous charges related to the early burning of Burning Man.

UPDATE 2 (10/29/07): CBS 5 KPIX has been covering the story and have posted a video of the bomb squad on the scene after the arrest and on Monday, October 29th Joe Vazquez did a story on Paul for their 11pm broadcast.

UPDATE 3 (10/30/07): The Associated Press is reporting that Paul, who is currently still in jail, has been charged three felonies and two misdemeanors, including arson, possessing explosives and incendiary devices, removing required markings from an imitation firearm and violating a court order.

UPDATE 4 (11/03/07): Our friend Amacker, who has been in close contact with Paul throughout all of this, has posted this update on his situation.

UPDATE 5 (11/14/07): Joe Eskenazi has posted an update about Paul Addis on the SF Weekly blog, where he reports that Sacred Heart Cathedral Preparatory in San Francisco has a restraining order against him for making threats to their students and that Paul was arrested in Seattle after an incident at a hotel.

UPDATE 5 (12/20/07): The SF Examiner published an update on Paul Addis, who is remains in custody on felony charges, which according to his public defender are “overblown”. His preliminary hearing is scheduled for January 4th.

UPDATE 5 (3/18/08): San Francisco Chronicle is reporting that Paul has pleaded no contest to a misdemeanor charge related to the Grace Cathedral incident.