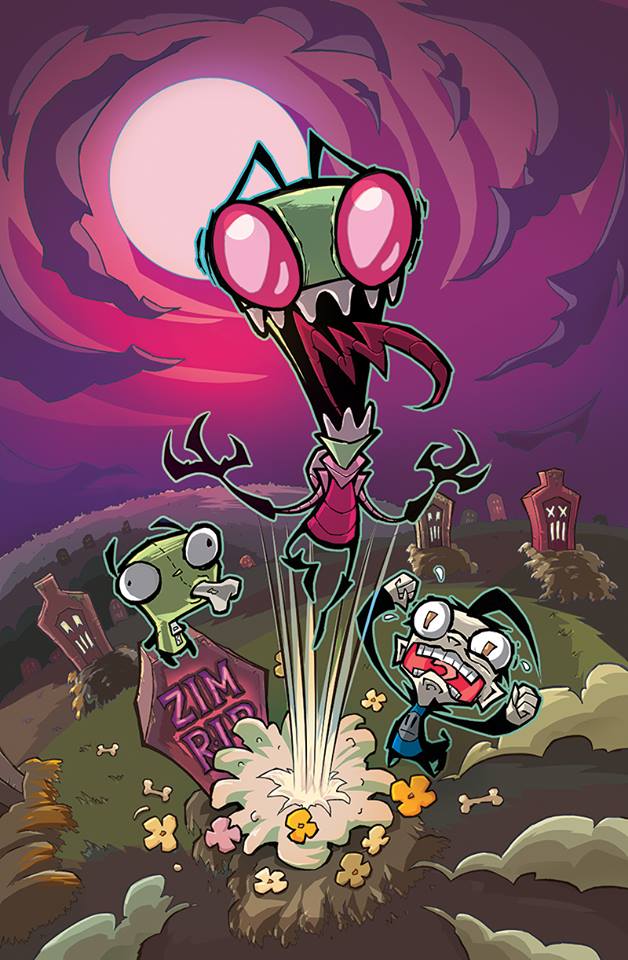 Oni Press has revealed that the comic publisher has partnered with Jhonen Vasquez and Nickelodeon for an ongoing Invader Zim comic based on the animated television show of the same name. The show, which originally ran in 2001 and 2002, was cancelled prior to airing every completed episode, but has remained popular with fans. According to Comic Book Resources, Invader Zim #1 is scheduled to release on July 1, 2015.

No set creative team has been announced for the series, but show veterans , Aaron Alexovich, Eric Trueheart and Rikki Simons are all named to be involved, along with Vasquez.