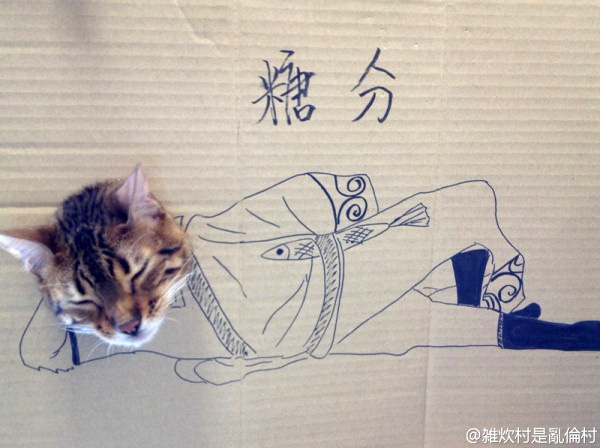 A Chinese blogger with the user name toshiya86 created several hand-illustrated cardboard character costumes for her cat, Guagua. All Guagua has to do is stick his head through the hole and be photographed. Brilliant. You can see all of the photos at Chick Geek Games.

The story of the costumes, as explained by Chick Geek Games;

…the cat’s name is Guagua…It was Guagua’s birthday celebration for which his owner, a user named toshiya86 from a Chinese blogging service Weibo (to see her page, unfortunately, you have to be registered in Weibo) drew these characters on cardboard. Characters and anime included: Christine Mi, Dino, Gold Sparkle, Kiki’s Delivery Service, QB, Green Drive, the Old Anchor, Gintama and Naruto. 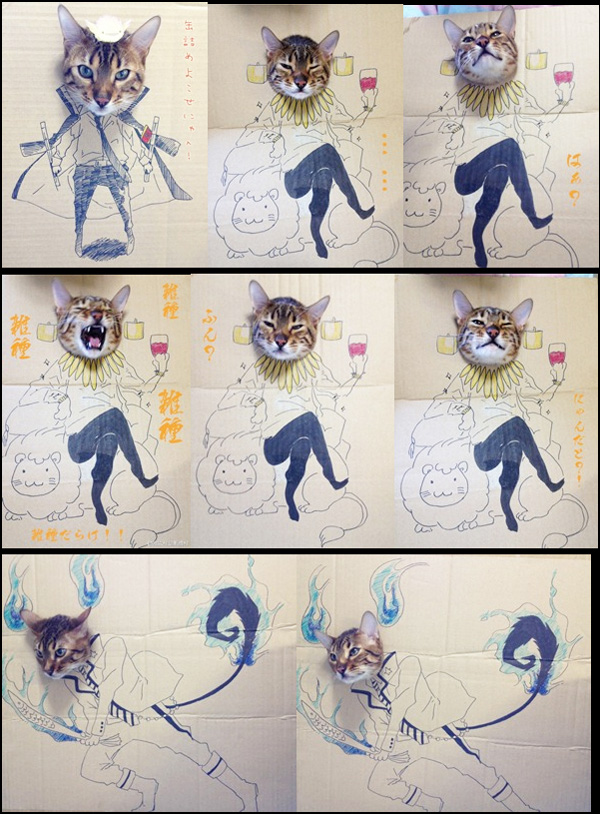 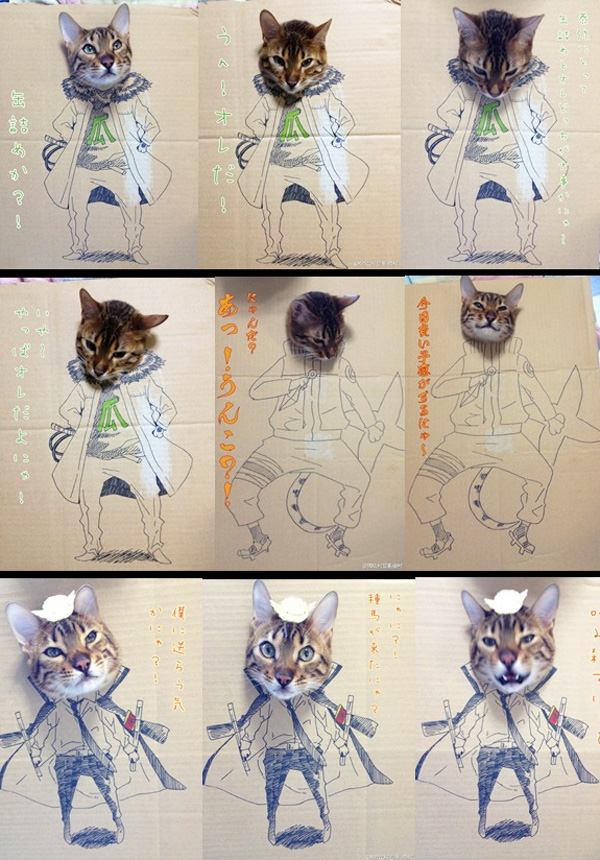