Warner Bros. released a new trailer for Ocean’s 8, an upcoming heist comedy film directed by Gary Ross that is an all-female spin-off of the Ocean’s Eleven film series. The trailer follows Debbie Ocean, played by the amazing Sandra Bullock, and seven other master thieves who have fun while planning to rob the Met Gala. Ocean’s 8 is scheduled to break to into theaters on June 8th, 2018. 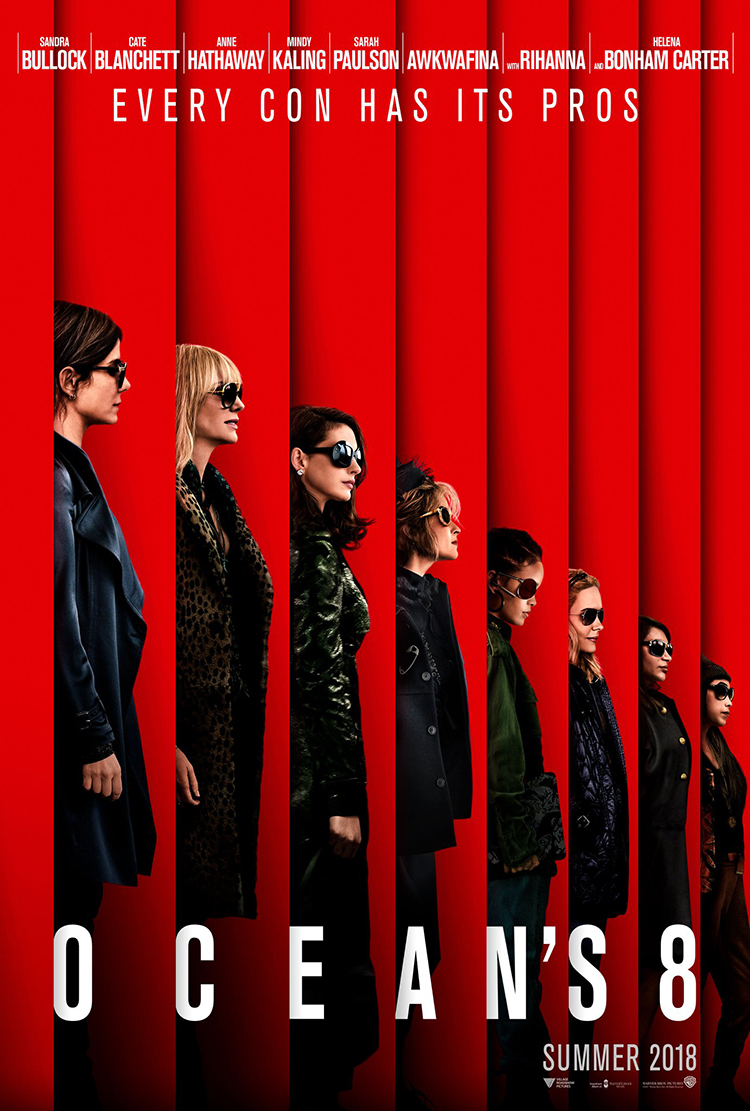