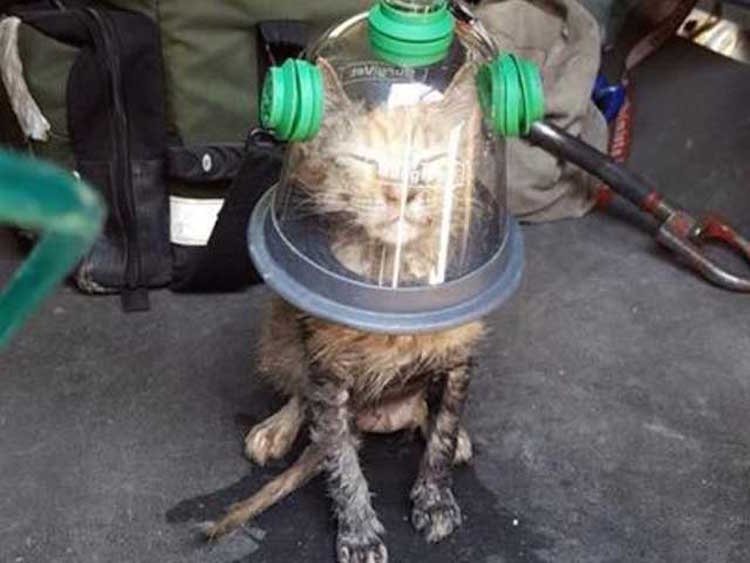 A resilient orange tabby who got caught in a small kitchen fire was revived from unconsciousness by the New Orleans Fire Department with an oxygen mask specially designed for small animals. According to Fox8Live, the two other cats who lived in the house got out safely, but this poor little guy was believed to be dead before NOPD intervened.

“I guess he has eight more lives,” said Doug Cardinale with the New Orleans Fire Department. …Three cats were in the home when the fire broke out. Two were able to escape without harm. Crews arriving on the scene found a third cat lifeless in a hallway near the flames, according to Cardinale. The cat was quickly removed from the home and placed on oxygen. Within minutes, the cat was revived.

via Fox8Live, Examiner, Nag On the Lake