“Clash in the Clouds”: Combine weapons, Vigors, Gear, Tears, and Sky-Lines in ways you never thought possible as you square off against impossible odds. This pack features 60 challenges in four brand-new environments. Complete Blue Ribbon Challenges and unlock concept art, Voxophones, Kinetoscopes, and more in The Columbian Archeological Society. Climb the Leaderboards and earn new Achievements and Trophies.

“Burial At Sea”: Come back to Rapture in a story that brings Booker and Elizabeth to the underwater city on the eve of its fall from grace. Developed by Irrational Games, the developer of the original BioShock and BioShock Infinite, this DLC features Rapture as you’ve never seen it before—a shining jewel at the bottom of the ocean, built almost entirely from scratch in the BioShock Infinite engine. Gameplay has been modified to give the player an original BioShock combat experience that merges the best parts of BioShock and BioShock Infinite: new weapons, new Plasmids/Vigors, Tears, Sky-Lines, and Big Daddies. 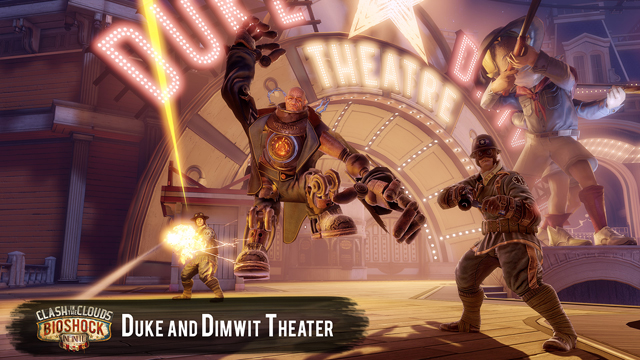 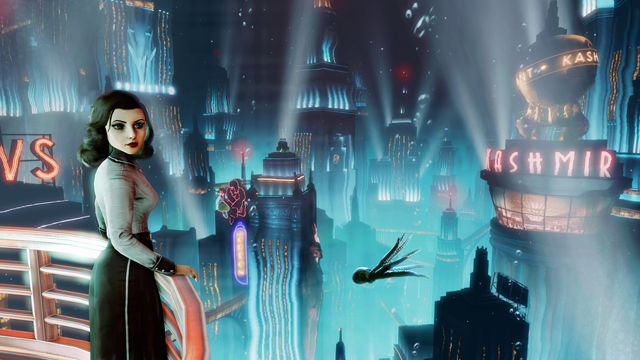 videos and images via BioShock Infinite