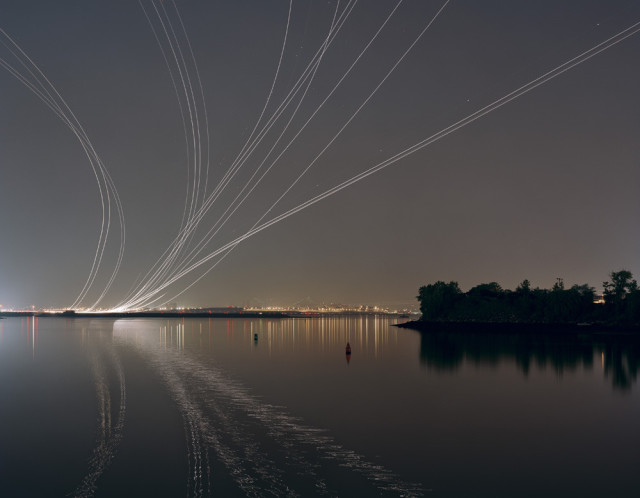 “Nachtfluge” by artist Kevin Cooley is a photo series which depicts light trails from commercial aircraft at night in long exposure photographs. The photos were taken near major airports in the United States. As part of the project, Cooley also captured the aircraft light trails in a couple of videos.

Photography is by nature an exploration of time. The blink of an eye may be frozen by the shutter. Or in the case of this series, many minutes or even hours add up to construct a single image punctuated by the paths of commercial airplanes traversing the night skies. These white streaks, the only aspect of the planes visible in the photographs, are created by the landing and navigation lighting on every plane. Each line represents the amount of time it takes a commercial flight to pass through the frame. 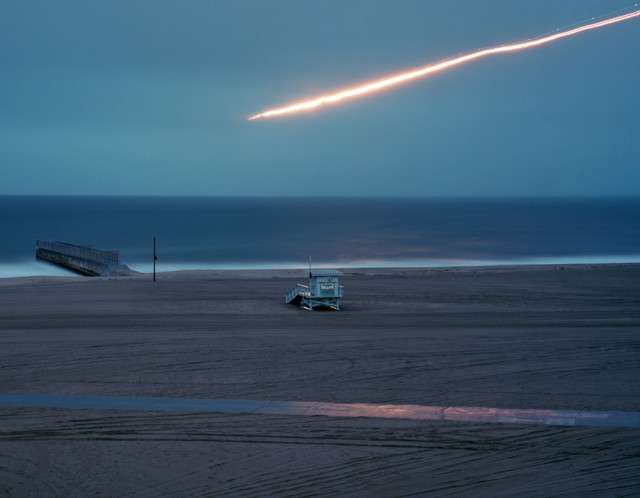 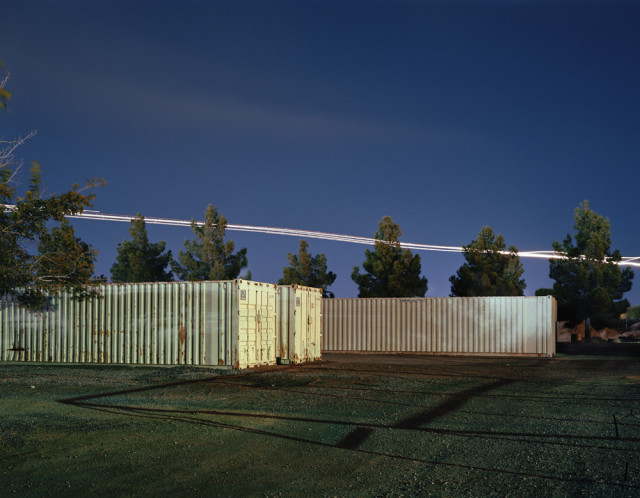 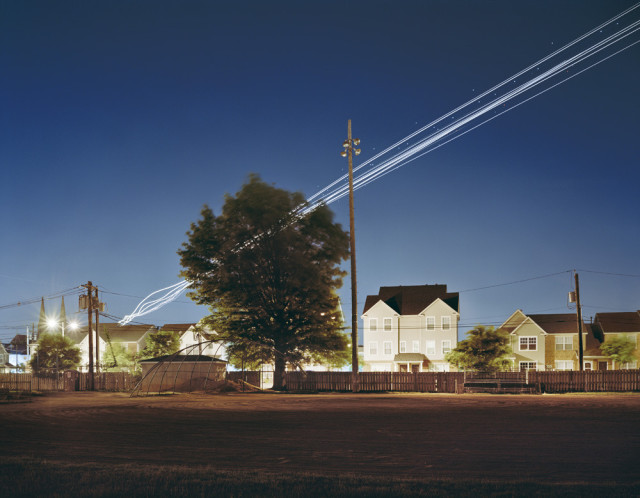 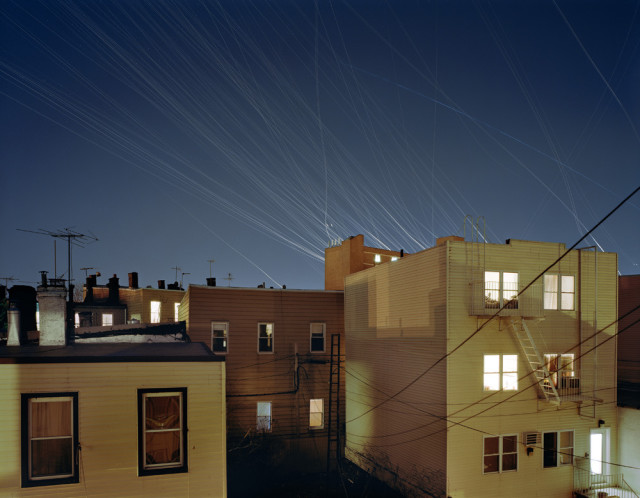 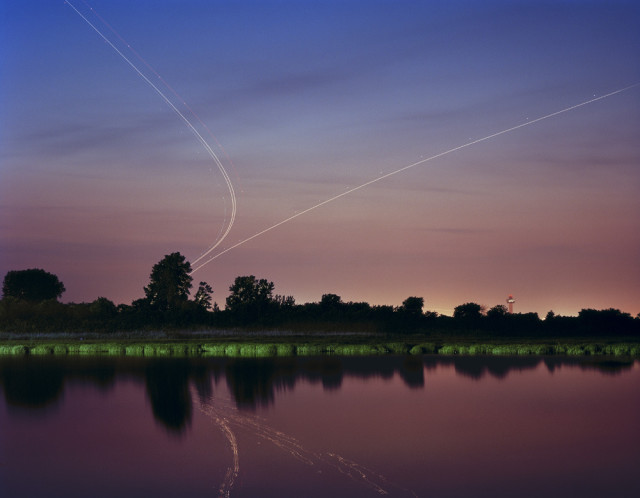