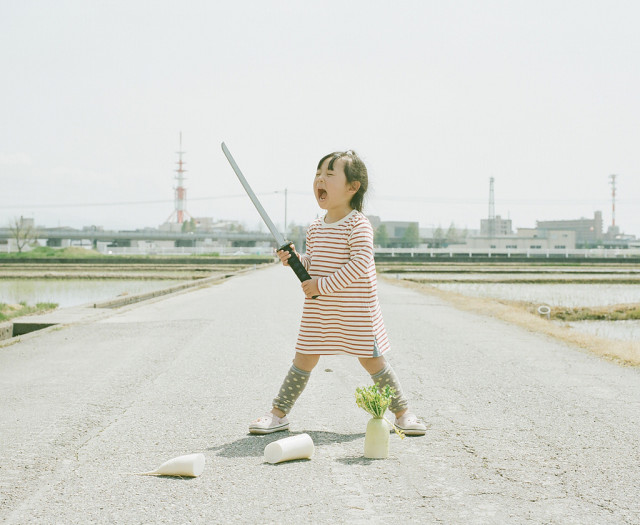 In the ridiculously adorable photo series “My Daughter Kanna,” Japanese photographer Nagano Toyokazu poses his daughter Kanna in whimsical costumes and scenarios. Humorously, in many of the photos Kanna appears to be in the midst of yelling. Toyokazu has many more whimsical photos of his family on his Flickr.