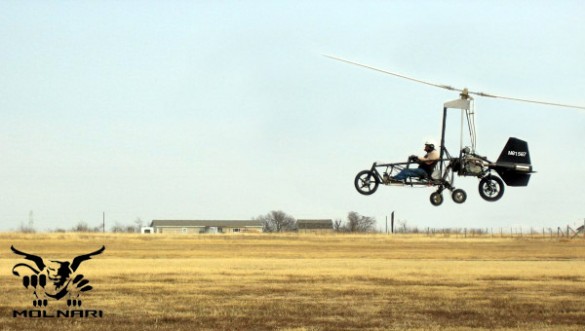 The Molnari Gyrocycle is a combination motorcycle and helicopter currently under development by Dezso Molnar and his team. The initial prototype, the Molnari GT, first flew in 2006. The second prototype, the GT2, has been street tested and is now being prepared for flight operations. The GT2 was on display at last weekend’s Maker Faire. 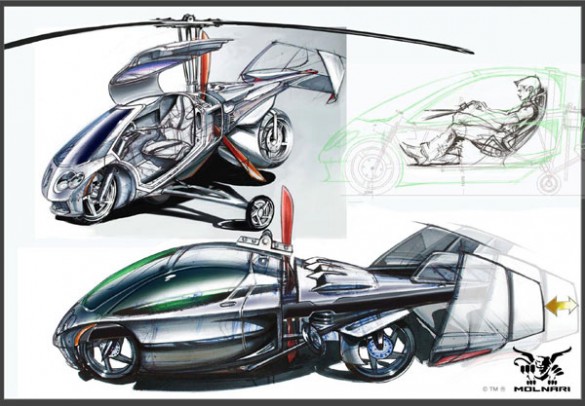