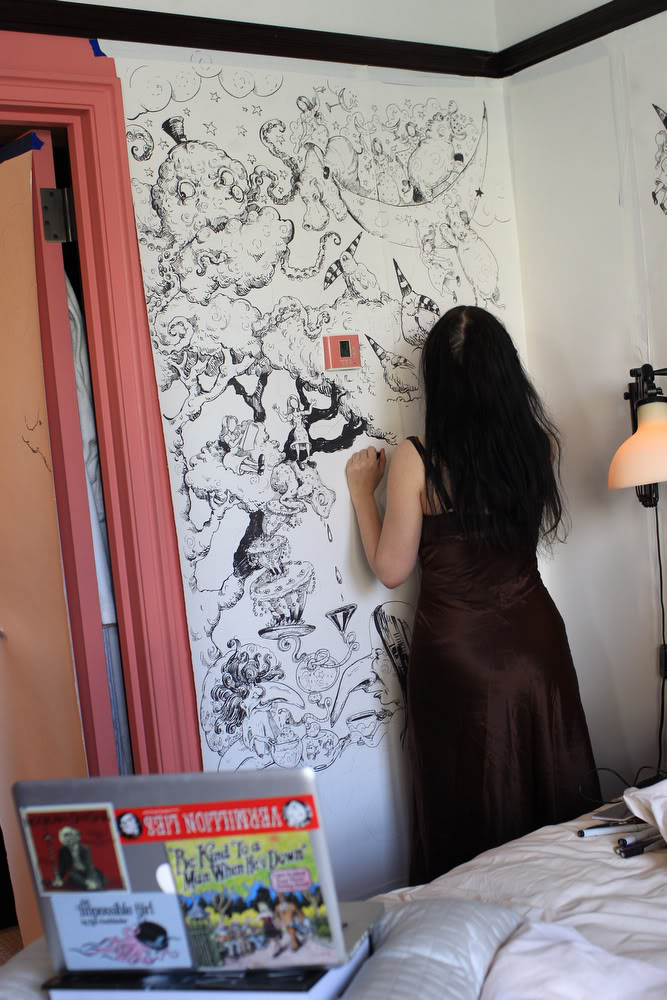 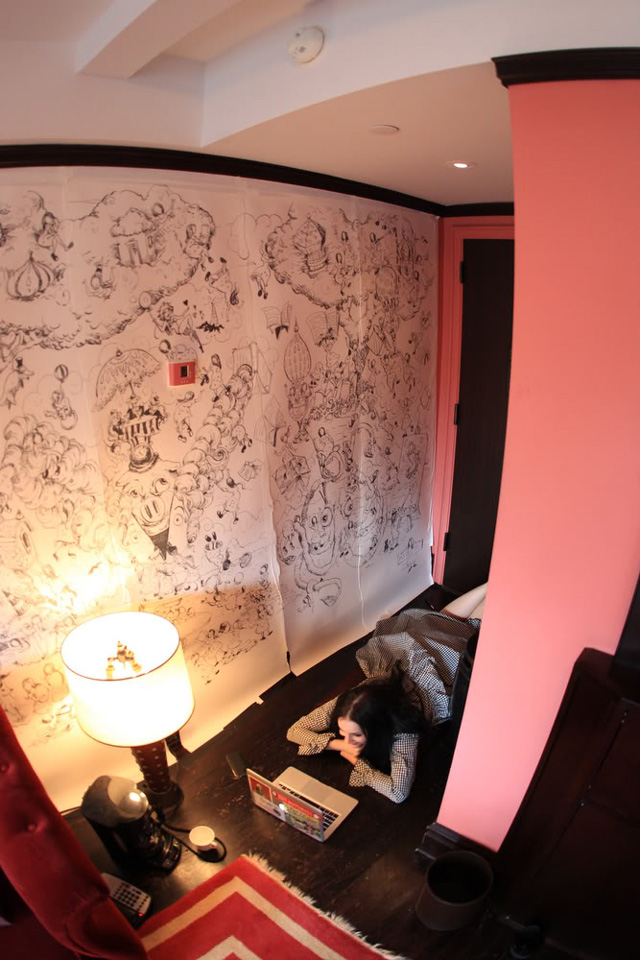 In early 2011, artist Molly Crabapple had an idea to lock herself in a New York City hotel room for her 28th birthday and cover the self-papered walls in her art. She then launched a Kickstarter fundraising campaign to help cover the costs of her project, including the photographic talents of Steve Prue. In September 2011, she did just what she aimed to do: locked herself up in hotel room for 5 days, created lots of art and brought along Keith Jenson of Brainwomb to document the process. The resulting mini-documentary is Molly Crabapple’s Week in Hell. All 270 feet of the art was presold to Kickstarter backers and over the course of five “champagne and caffeine soaked” days, she had a “cast of muses, musicians and miscreants” that kept her company.

Two 360 degree views of the art-filled hotel room were created by Andras Frenyo the morning after the project finished. In 2012, Molly plans to publish an art book of the experiment titling it, Molly Crabapple’s Week in Hell.