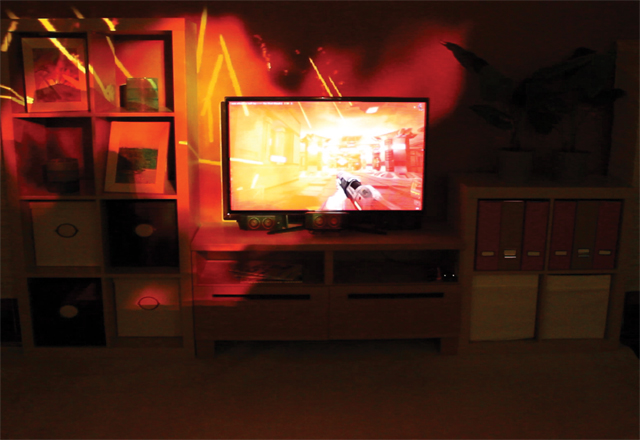 IllumiRoom is a project being developed by Microsoft Research that “augments the area surrounding a television screen with projected visualizations to enhance the traditional living room entertainment experience.” The system prototype was first shown to the public at the Computer Electronics Show 2013 and given a more in-depth presentation at CHI 2013. According to the research team behind IllumiRoom, this “technology is (for now) only a research project and not ready for commercial use.”

IllumiRoom uses a Kinect for Windows camera and a projector to blur the lines between on-screen content and the environment we live in allowing us to combine our virtual and physical worlds. For example, our system can change the appearance of the room, induce apparent motion, extend the field of view, and enable entirely new game experiences.

Our system uses the appearance and the geometry of the room (captured by Kinect) to adapt the projected visuals in real-time without any need to custom pre-process the graphics. What you see in the videos below has been captured live and is not the result of any special effects added in post production.

Here is an extended look at the IllumiRoom from IGN: 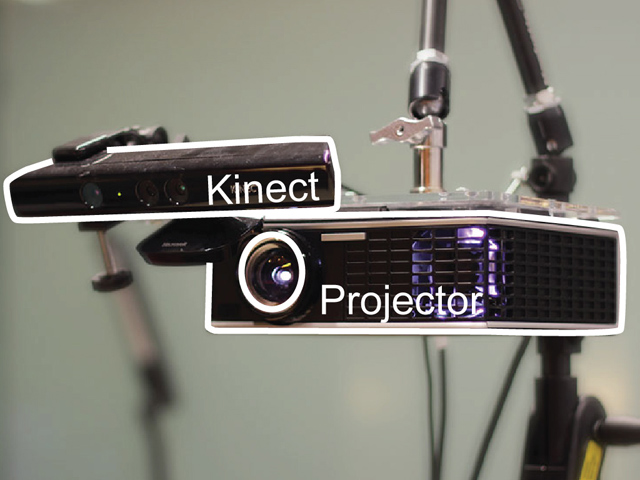 images and video #1 via Brett R Jones, video #2 via IGN