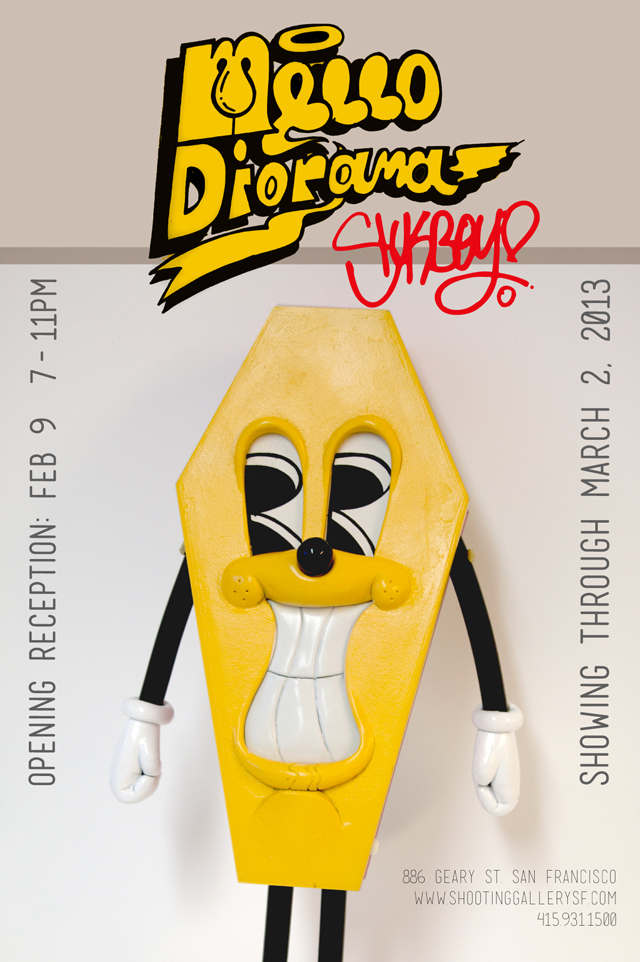 Sickboy, the UK street artist known for his temple logo, will be presenting original artwork and sketches for his Mello Diorama solo art show. The show will open on Saturday, February 9, 2013 from 7 PM to 11 PM at Shooting Gallery in San Francisco and be on display until Saturday, March 2, 2013.

Mello Diorama aims to evoke a similar lucid dream experience with influences drawn from the legacy of San Francisco’s underground comic scene. An animated diorama created with elements taken from Sickboy’s paintings will fill most of the space, giving viewers a surreal look at the cycle of life and death.

A leading artist to emerge from Bristol’s infamous graffiti scene, Sickboy’s humorous work has cemented his place in the upper echelons of the British street art movement. He is one of the first UK artists to use a logo in place of a tag, and his red and yellow street logo known as “The Temple” can be seen on walls and wheelie bins worldwide. Sickboy has built up one of the largest bodies of street art works in UK history. His work hit the big screen recently in Banksy’s Oscar-nominated film, Exit Through the Gift Shop, His temples, slogans and audacious stunts – including the caged heart installation dropped outside the Tate Modern in 2008 – have landed him global recognition. 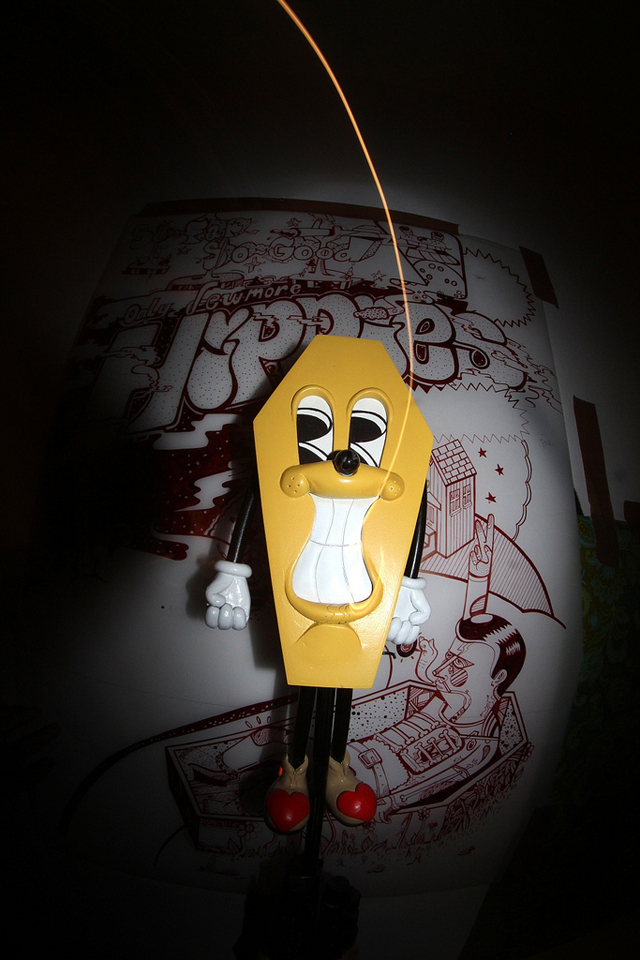