During the Oscars 2018 last night, Disney released a new teaser trailer for Mary Poppins Returns, their upcoming musical fantasy film directed by Rob Marshall and a sequel to the 1964 Mary Poppins film. The magical trailer features Mary Poppins (Emily Blunt) descending from the sky 20 years after the original film to bring back the wonder. Mary Poppins Returns is scheduled to appear in theaters on December 25th, 2018.

Set in 1930s London, Jane and Michael Banks are now grown-up, with Michael still living in the house on Cherry Tree Lane. He lives there with his three children, Annabel, John, and George, and the housekeeper named Ellen. After Michael suffers a personal loss, Mary Poppins comes back to the Banks family with street lamplighter Jack, and eccentric cousin Topsy. 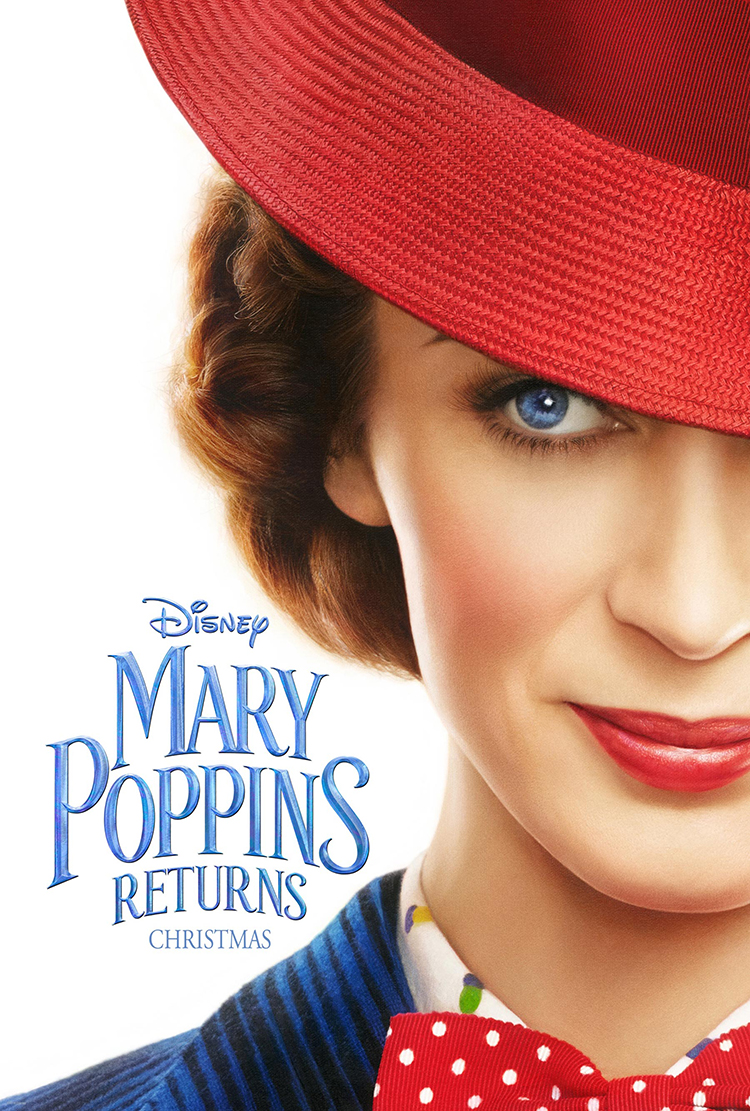