The magician behind the head drop trick videos we’ve posted in the past (1, 2), Rich Ferguson of The Ice Breaker, has now pulled a prank where he plays a panhandler whose sign reads, “Can you lend me a hand?” People who throw him some cash get a big surprise when he seems to suddenly have a third arm, which then punches through the sign to grab the arm of donor. He calls this prank, the “Shocking Bum Prank Surprise,” and you can see more of his video pranks at his YouTube page. 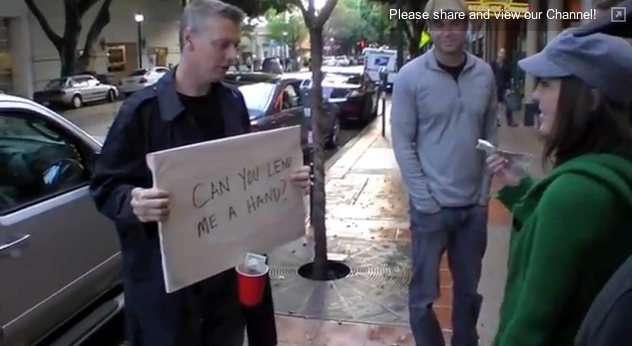 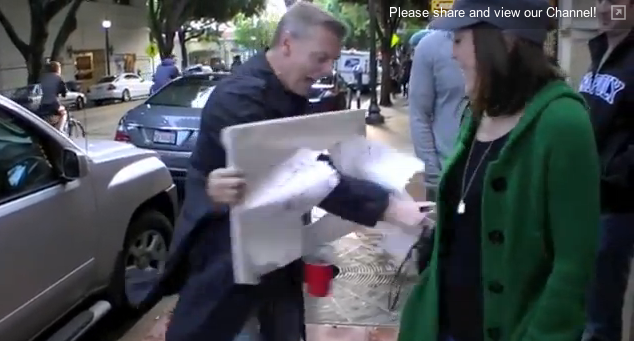 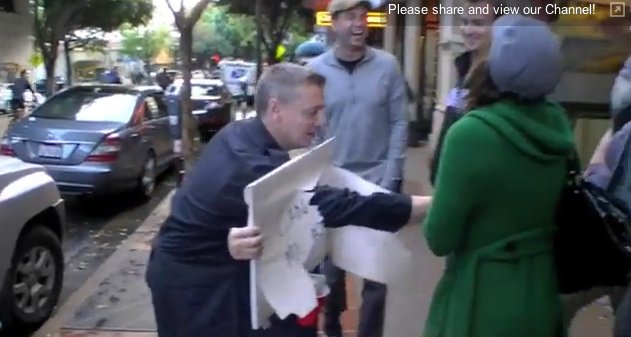