We first wrote about magician Rich Ferguson of The Ice Breaker when he pranked people on the streets of San Luis Obispo, California with his “Head Drop Trick.” He’s back with a new video which shows him scaring people with the same trick but this time he’s inside of a dark elevator, waiting for the door to open on unsuspecting people. The darkness of the elevator makes the trick look even more realistic. 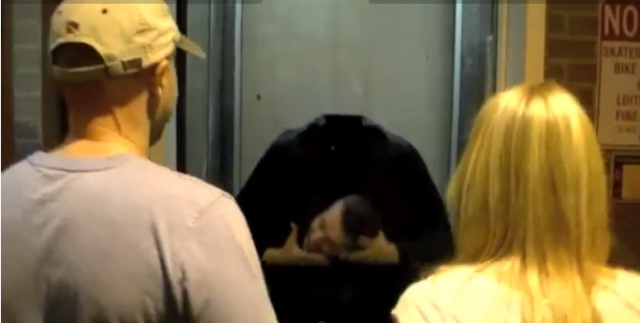