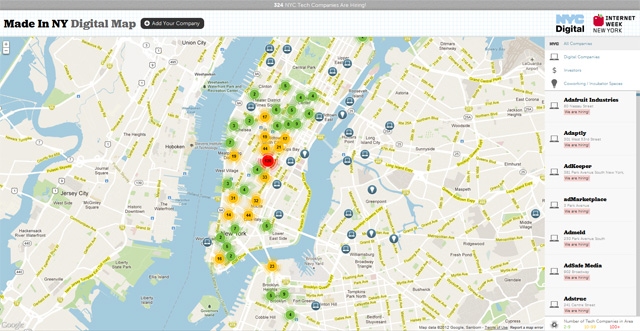 Created by Internet Week New York in partnership with the Mayor’s Office of Media and Entertainment and the New York City Economic Development Corporation, the Made in NY Digital Map already plots more than 500 digital companies across the five boroughs. The map offers direct links to the companies’ jobs listings pages and pinpoints the city’s hottest tech hubs, from the Flatiron District to DUMBO. The Mayor made the announcement at Internet Week headquarters and was also joined by Economic Development Corporation President Seth Pinsky and Branch CEO Josh Miller. 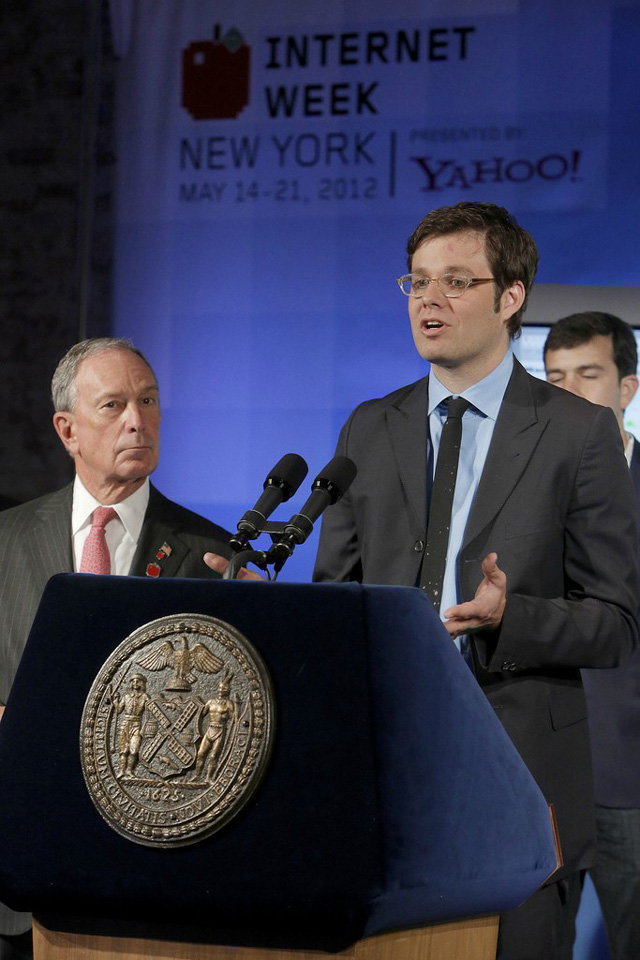 photo by Patrick Kowalczyk of PKPR