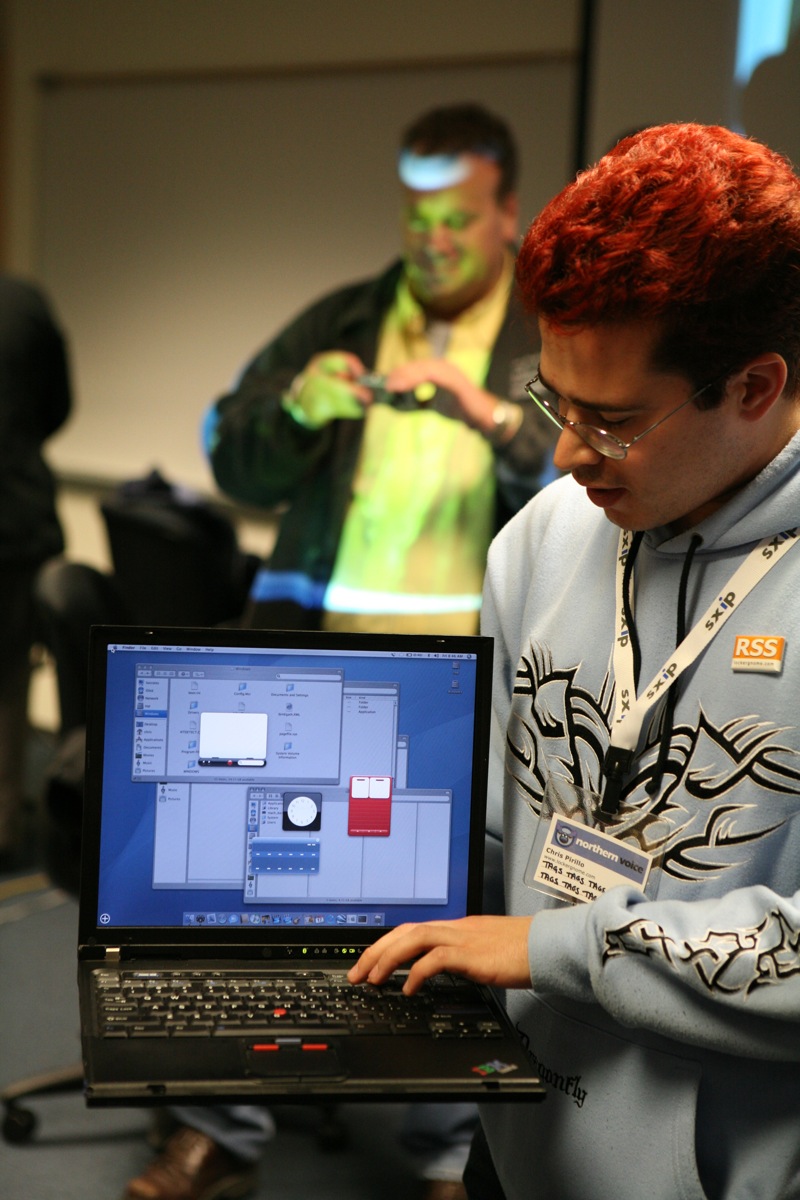 A couple of weeks ago at Northern Voice, right after Robert Scoble’s demo of Windows Vista, Chris Pirillo showed off his ThinkPad that was running Apple Mac OS X 10.4.4, duel booting with Windows! It seemed to run really well. Here are some photos.

On a related note, Yahoo! News reports that Apple has embedded the following poem in OS X to discourage people from cracking their software:

Your karma check for today: There once was a user that whined/his existing OS was so blind/he’d do better to pirate/an OS that ran great/but found his hardware declined./Please don’t steal Mac OS!/Really, that’s way uncool./(C) Apple Computer, Inc.

So Apple thinks that poetry is a better defense against software piracy than a rap video? What’s next hacker haikus?

Thanks to Lori Dorn for the Apple poem tip!