The web app, LoCreep, is a sort of “LoJack” for identifying and mocking creeps based on information derived from their phone number (but not identifiable information like names or social security numbers). Essentially it works like this: a woman signs up for LoCreep, she generates a number to give out to barroom lotharios and when the “creep” calls her back, his voicemail is transcribed with Twilio to a text message. That text message is broadcast to all her subscribed friends and then the mocking begins. After they have participated in a hearty round of schadenfreude, the women can then earn LoCreep badges. They can also research phone numbers. 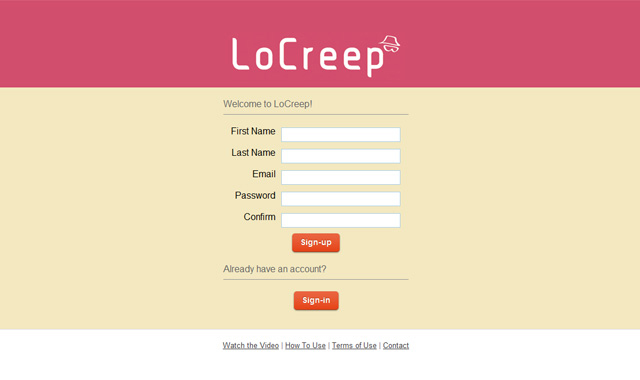 Developed by college students Misha Ponizil, Randall Hunt, Paul Lee and Nabil Hassein, LoCreep won third place at the hackNY Fall 2011 Hackathon, a “24-hour coding events in which NYC startups present their technologies and students build original applications based on them”. It was most recently demoed by Andres Campanella and Misha Ponizil (cameo by Rebecca Zhou) at New York Tech Meetup on November 2, 2011. Xconomy New York reports that they are “not yet seeking funding but will once there is a solid business plan in place”.