Little Maddie (see previous post) is a Cthulhu-themed My Little Pony designed by Bigshot Toyworks as part of a larger 2012 project of animation shorts and toys.

The company has expanded this project into The Four Horsies of the ‘Pocalypse which aims to create a series of toys much like the original Little Maddie. Tenacious Toys is currently raising funds to produce the Little Maddie designer figure via a Kickstarter crowdfunding campaign with the goal of eventually producing at least five designer toys in the series. 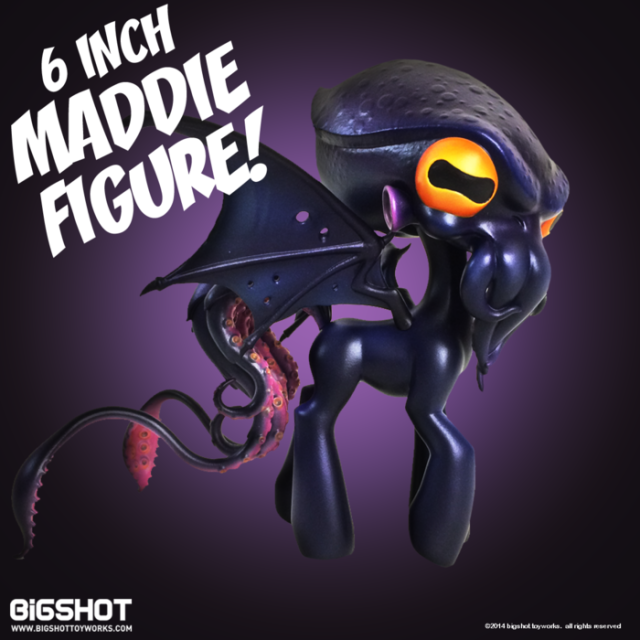 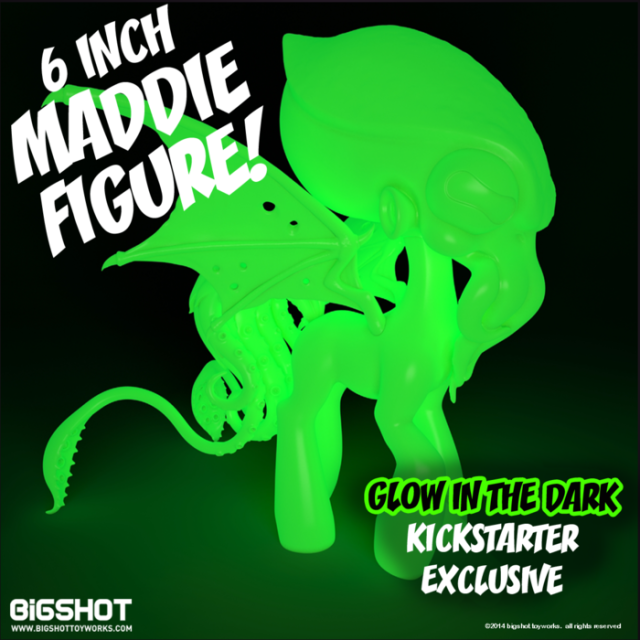