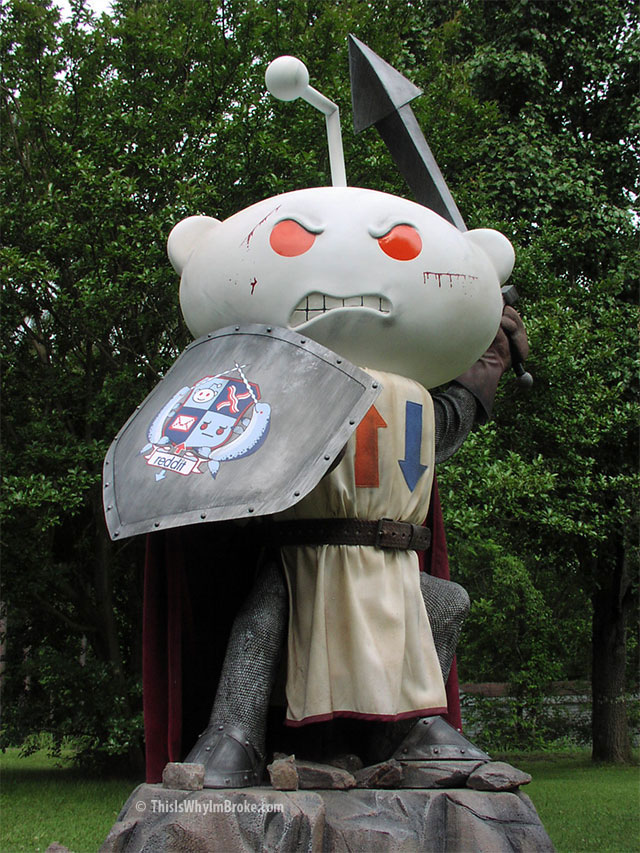 The blog ThisIsWhyImBroke teamed up with Tom Spina Designs to a create a detailed life-size statue of the reddit alien complete with medieval-style armor and a downvote sword. Adam Freedman of ThisIsWhyImBroke says it was their way of saying thanks to reddit for their ongoing support over the past two years.

Standing over 5 feet tall – not including the large rocky mountain base – this version of the Reddit Alien was modeled after the Knights of /New, the self-titled users of Reddit who courageously help sort through all of the new post submissions. The design features a realistic interpretation of a downvote sword, a shield emblazoned with the Reddit coat of arms, and an adjustable antenna. It has been sent to the Reddit offices as a gift from us. 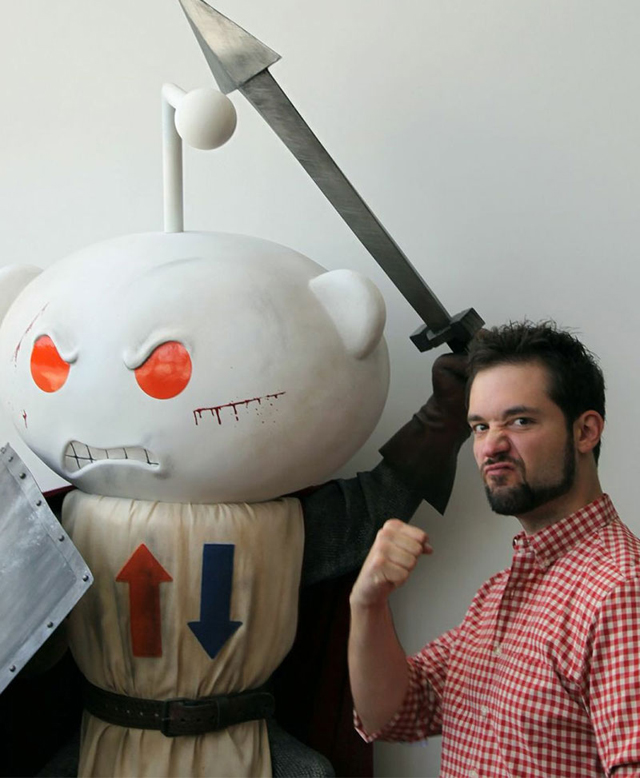 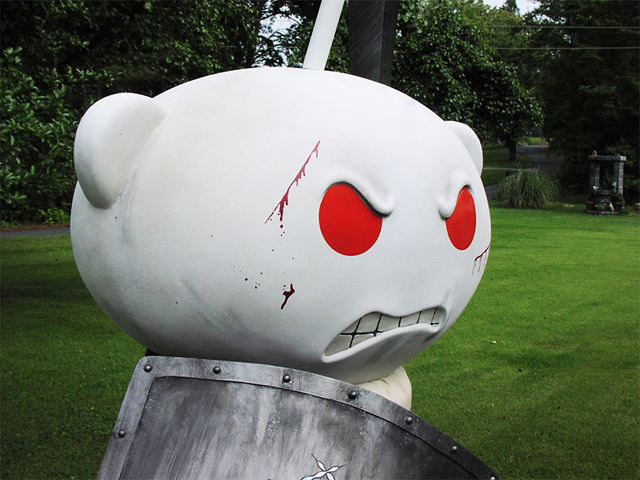