Le Cochon Danseur (in English, “The Dancing Pig”) is a French black and white silent film from 1907 which is based on a Vaudeville play. It features a giant anthropomorphic pig who interacts and dances with a young woman but it’s the end segment that became what Know Your Meme describes as the “first meme of the 20th century.” They say, the “most noticed part of the play is the last 20 seconds, showing the pig flailing his tongue and laughing showing his sharp, scary teeth. Most people thought this was rather disturbing and focused mainly on this part because of it. Other then that, the rest of the clip is the pig winking and boggling his eyes in strange ways.” Around 2007, an animated GIF was made of the last segment, which is some serious nightmare inducing material. 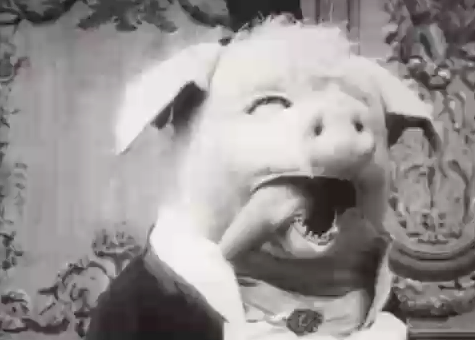 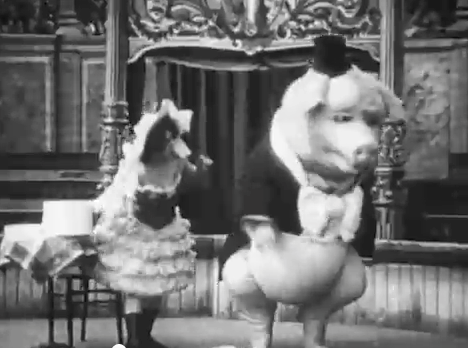 image via Know Your Meme