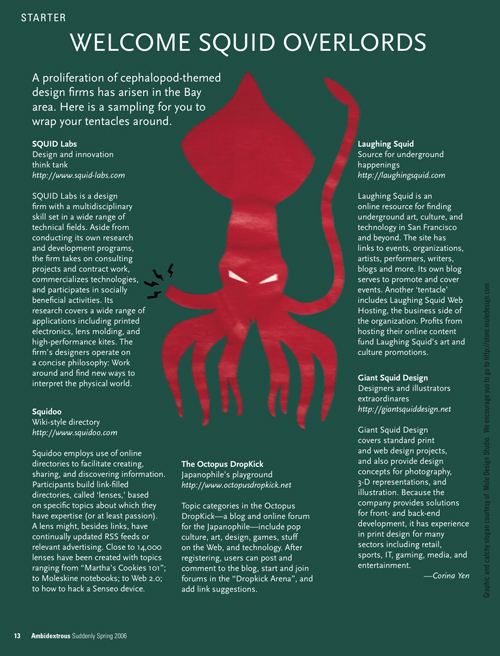 Laughing Squid is featured in the current issue (#3) of Ambidextrous Magazine, a magazine about design that is published by the Stanford Institute of Design. The article is about cephalopod-themed design firms. It’s probably a stretch of the tentacle to call us a design firm, but regardless, we are honored to be included in this group which features SQUID Labs, Squidoo, The Octopus Dropkick and Giant Squid Design. The centerpiece of the article is the awesome “Angry Squid” illustration by Mule Design Studio.

Ambidextrous Magazine is a project of the Stanford d.school. It is a magazine for the wider design community, which includes engineers and ethnographers, psychologists and philosophers. Rather than focusing on promoting product, Ambidextrous exposes the people and processes involved in design.