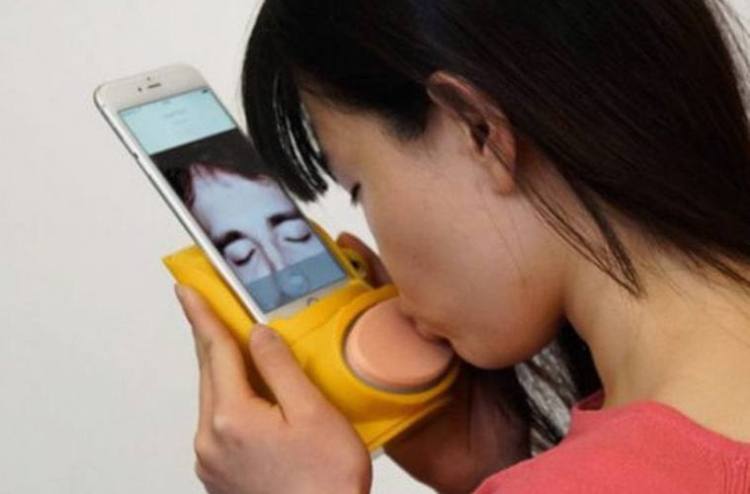 Kissenger from Mixed Reality Lab designer Emma Yann Zhang is a device that uses haptic sensors and feedback to simulate the sensation of kissing from anywhere in the world. It pairs with an iOS app to allow users to connect over the internet.

Zhang presented the Kissenger at the Second International Congress on Love and Sex With Robots that was held in London on December 19 and 20, 2016.

Plug in to your phone and give your loved ones a kiss over the Internet. Kissenger can sense your kiss and transmit realistic kissing sensations to your partner in real time. You can also feel the force on your lips when your partner kisses you back. Share an intimate moment with your friends and families while chatting with them on your phone. 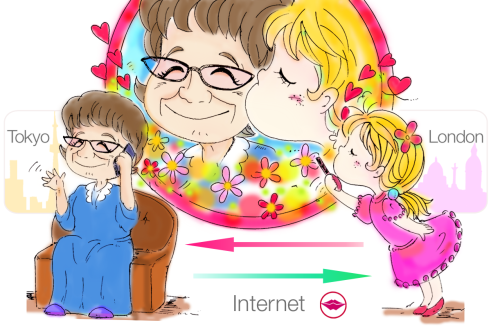 THE ‘KISSENGER’ GADGET ALLOWS YOU TO KISS THROUGH YOUR SMARTPHONE – https://t.co/b4Jf4J86hX pic.twitter.com/IaS9TxOOlD