Their documentary will chronicle The Iron Sheik’s electrifying career – from his years as a top WWF wrestler and Olympic Wrestling Champion, to his rebirth as an outlandish pop culture and social media phenomenon known for public outbursts on the Howard Stern Show, YouTube videos and a massively popular Twitter account. Just as importantly, the film will explore his personal life, including his position as the Shah of Iran’s bodyguard, his flight from Iran to pursue the American dream, the 2003 murder of his eldest daughter, his descent into and recovery from drugs, the mentoring and coaching of professional wrestler Iranian Lion, and his urgent need for double knee and ankle surgery brought on by his punishing years as a professional wrestler.

This film will show everyone the real Hossein Vaziri. The good, the bad, and the Sheikie. A man who lived the American Dream by taking on the persona of an Iranian villain. A man who won his fans admiration by being the man they loved to hate. 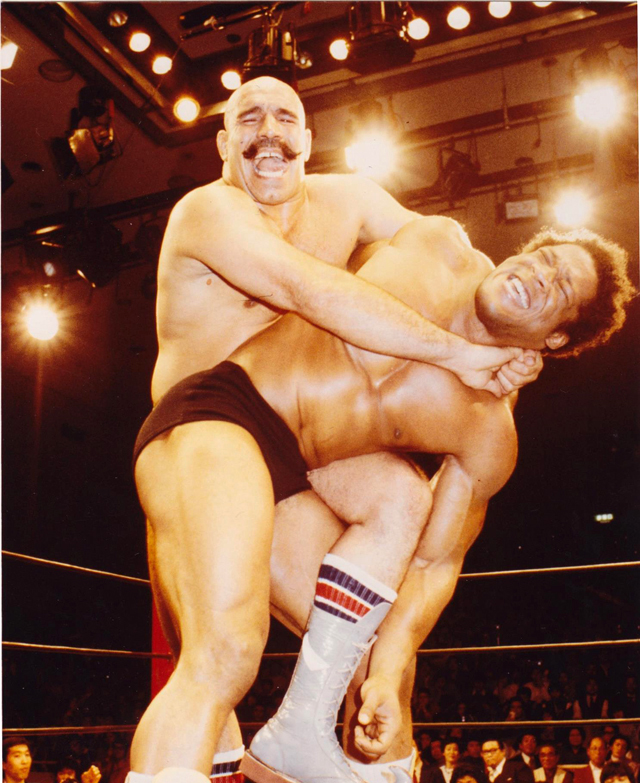 video via Iranian Legend: The Iron Sheik Story, image via The Iron Shiek