Biologists in London very carefully sent barn owls flying through a cloud of hydrogen soap bubbles in order to learn more about their unique flight patterns. They discovered that owls don’t only use their wings to control motion, but their tail feathers as well. The illuminating set of vortices left behind in the bubbles revealed the clever way in which birds use their tail to provide lift and reduce drag while gliding.

They tracked the swirling motion of more than 20,000 helium-filled soap bubbles as they were displaced by birds of prey in flight. Their findings could provide a new way to improve the efficiency of small gliding aircraft. 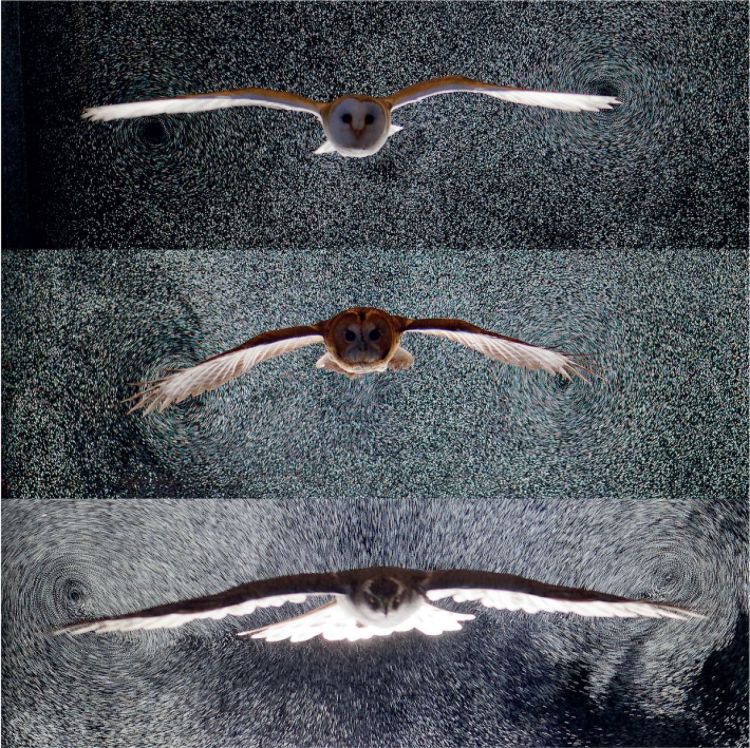