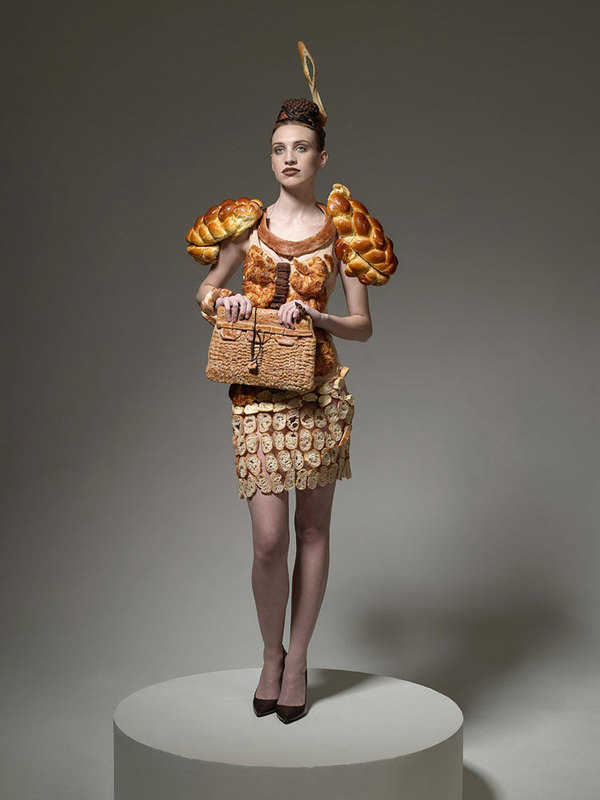 Hunger Pains, a photo series by Ted Sabarese featuring fashion models wearing outfits made out of food that they were craving.

This project was shot in January of 2009 (pre Lady Gaga). 15 designers, led by Ami Goodheart of SOTO Productions, were involved and each garment took hours to cook, create and assemble.