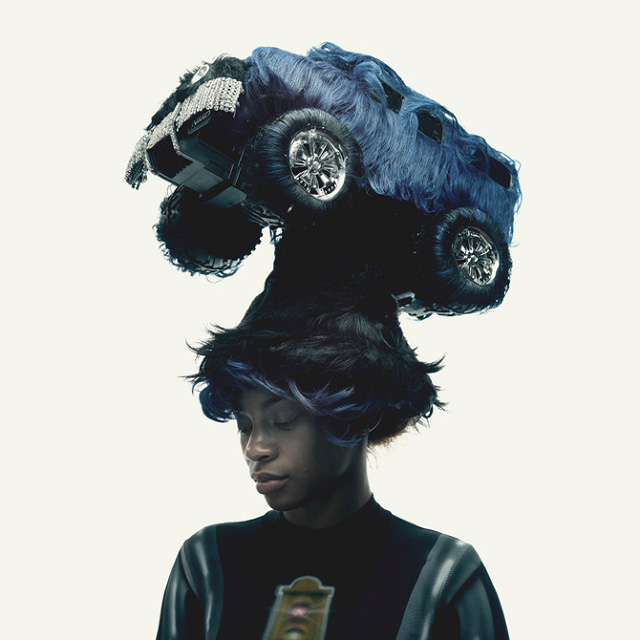 “The Hummer” styled by Little Willie, modeled by Sharv Bailey, 2010

Hump the Grinder’s Hair Wars is an African-American hair design show that gathers the “world’s greatest hair entertainers” to show off their top (and often, quite wild) coiffed creations. According to a 2010 Time article, the show got its roots in 1985 when a promoter by the name of David Humphries (aka Hump the Grinder) starting hosting hair shows in clubs “as a way to get more people to clubs where he was deejaying.” The article furthers, “Back then, as now, men and women wanted to be sure they looked ‘fly’ for nights on the town. That desire helped stylists make a living creating new — and ever wilder — hair designs.” The 2013 Detroit Hair Wars happens on April 28, 2013 at the city’s Cobo Center and this year’s special celebrity presenter is none other than the Queen of Kitsch, Allee Willis. Hair Wars also goes on tour to cities like Las Vegas and Los Angeles. Tickets to the Detroit event are available now.

photo by Peter Hapak for Time