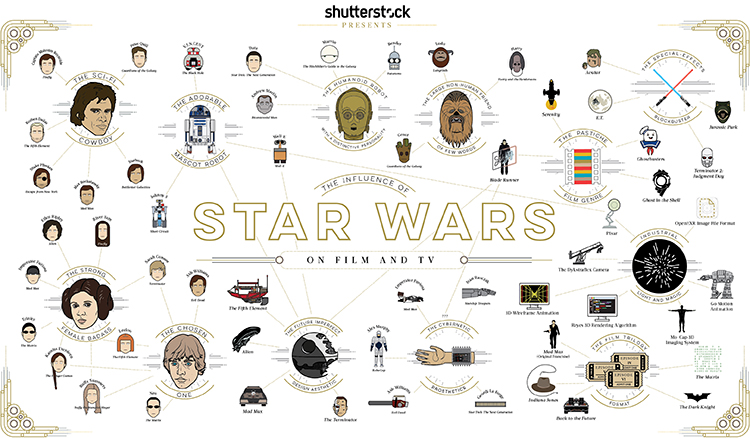 The creatives at Shutterstock recently teamed up with Pop Chart Lab to create a wonderful infographic that explores how the Star Wars universe has influenced the film and television industries throughout the years. They used numerous photos, vectors, and illustrations from the Shutterstock collection to map out how huge of an impact that the galaxy far, far away really had on our beloved entertainment industry.

Star Wars created beloved characters and gave us vast, over-arching storylines that would support an entire franchise. Movies are rarely released these days without a nod or a wink to the fact that there will be more films in the series.

Although it wasn’t the first big film trilogy (lest we forget The Godfather), Star Wars made the trilogy format so successful that it’s helped change how films are now written, produced, and released. (read more) 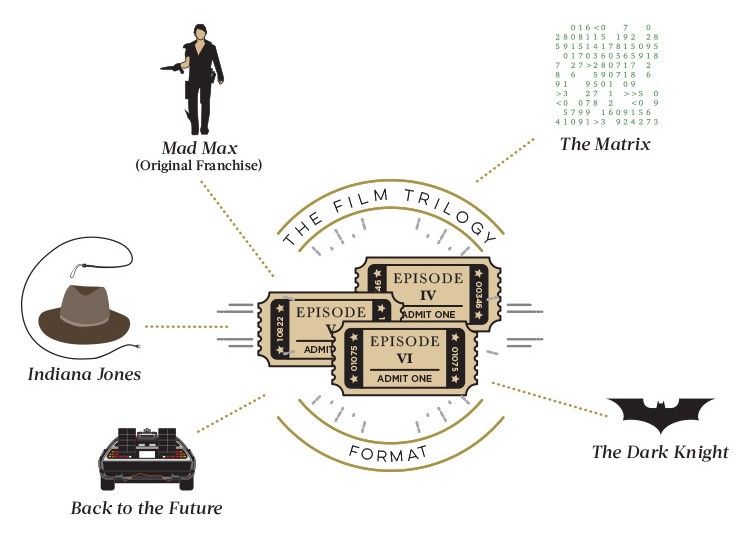 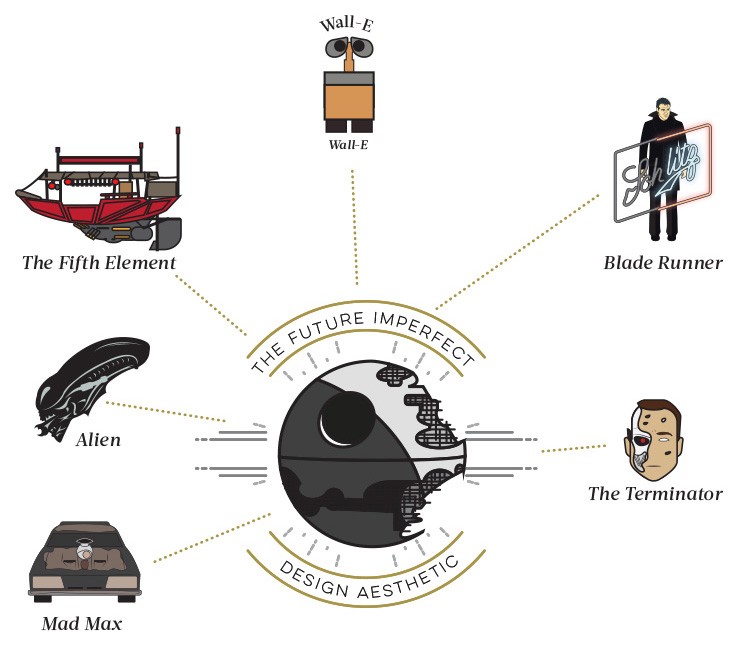 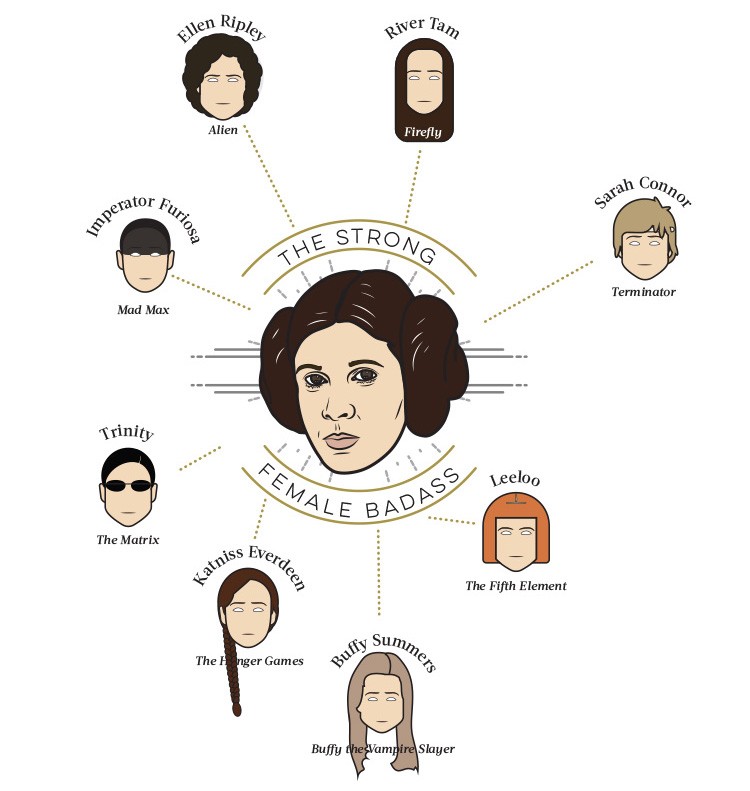 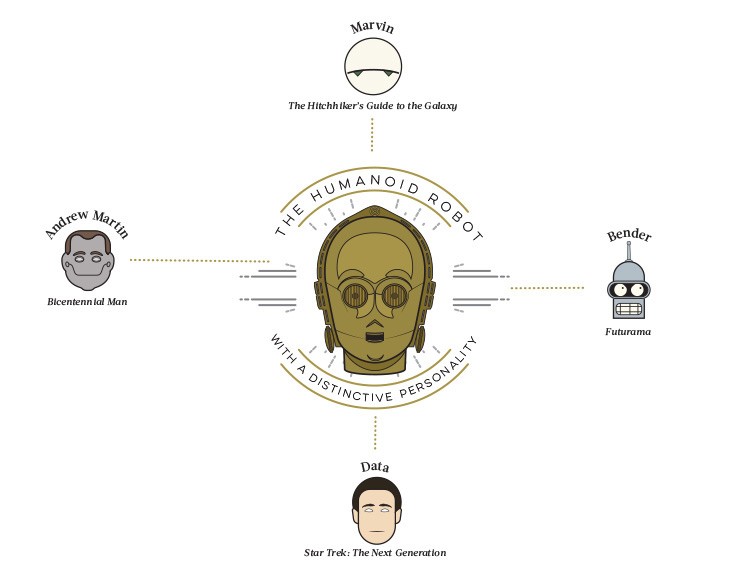 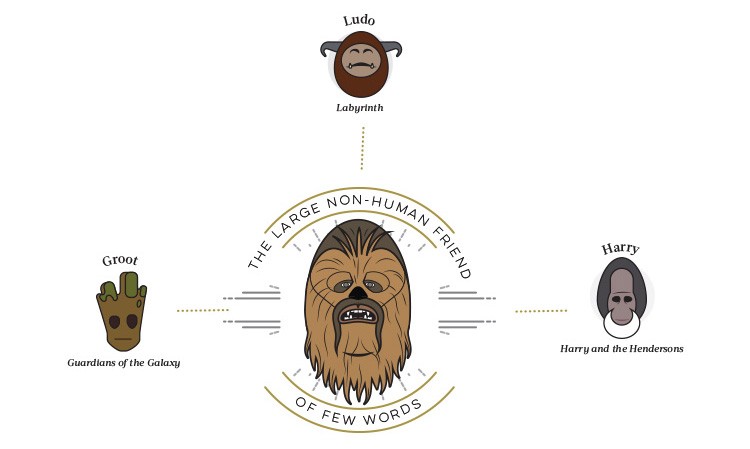 images via The Shutterstock Blog