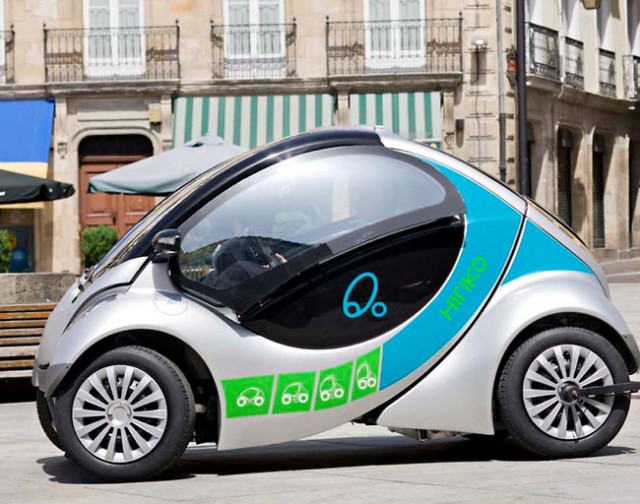 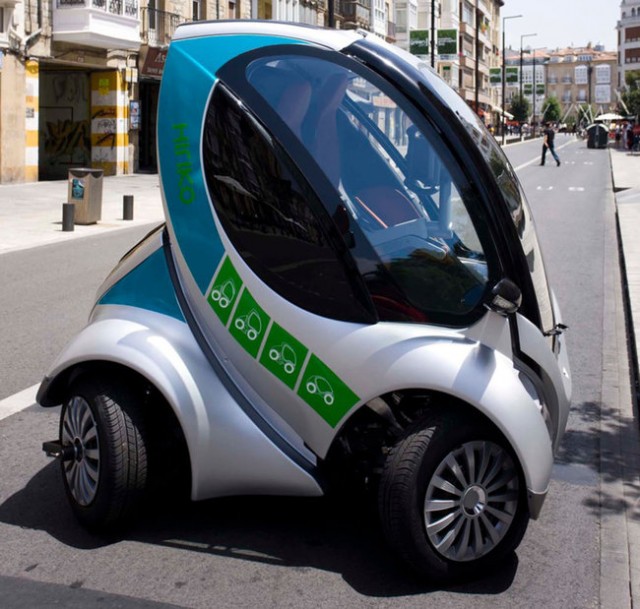 Hiriko Fold is a new electric city car that can fold to shorten its length to just under five feet (video). The car has a host of other innovations: Its four “Robot Wheels” each contain their own electric motor and can turn 60 degrees left or right, allowing car to drive sideways or spin in a circle. Instead of a steering wheel and pedals, the car has an aircraft-style yoke. And its two passengers enter and exit the car through the windshield. Hiriko Fold is intended for use as an urban carsharing vehicle.

Hiriko began its life 10 years ago as a research project at MIT Media Lab. Two years ago MIT and the Spanish government collaborated to launch a commercial venture in the Basque region of Spain. Twenty cars are already on the road as test vehicles. Hiriko Fold will go on sale in 2013 for about $16,000. The car will initially be sold to municipal governments. Launch customers include San Francisco, Barcelona, and Berlin. 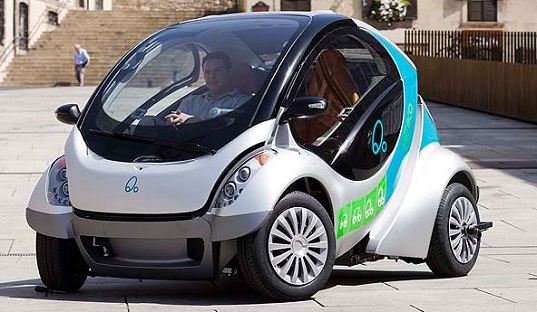 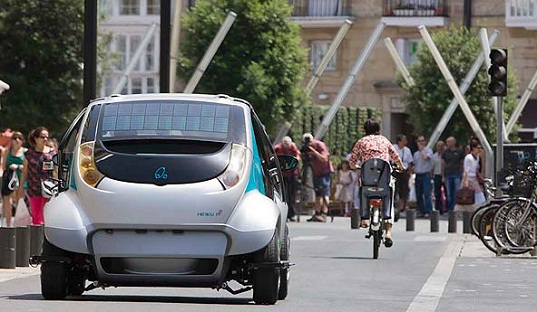 via The New York Times & Inhabitat