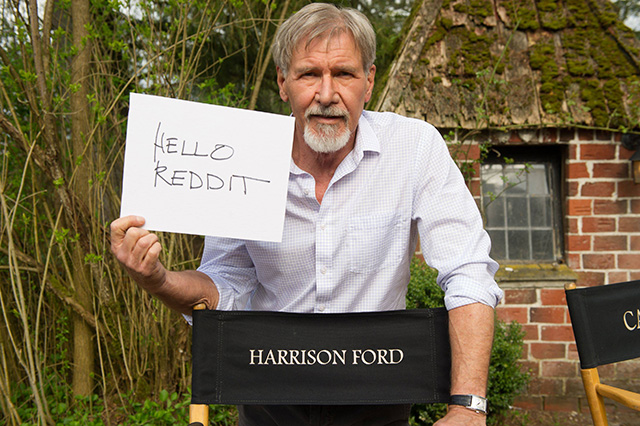 Harrison Ford became the latest celebrity to talk to fans via a reddit Ask Me Anything this week. Asked who shot first in reference to the on-going Han Solo versus Greedo debate from the first Star Wars film (and subsequent reissues), the actor offered a rather indifferent response.

I don’t know and I don’t care.

Asked about his feelings toward snakes, this time in regards to the first Indiana Jones movie Raiders of the Lost Ark, the actor, posting under the handle iamharrisonford offered something a bit more positive.

I actually like snakes! When I was young, I was a boy scout nature camp counselor, and one of our projects was collecting snakes and creating an environment for them, so I’m quite familiar with snakes and think they’r [sic] fantastic creatures.