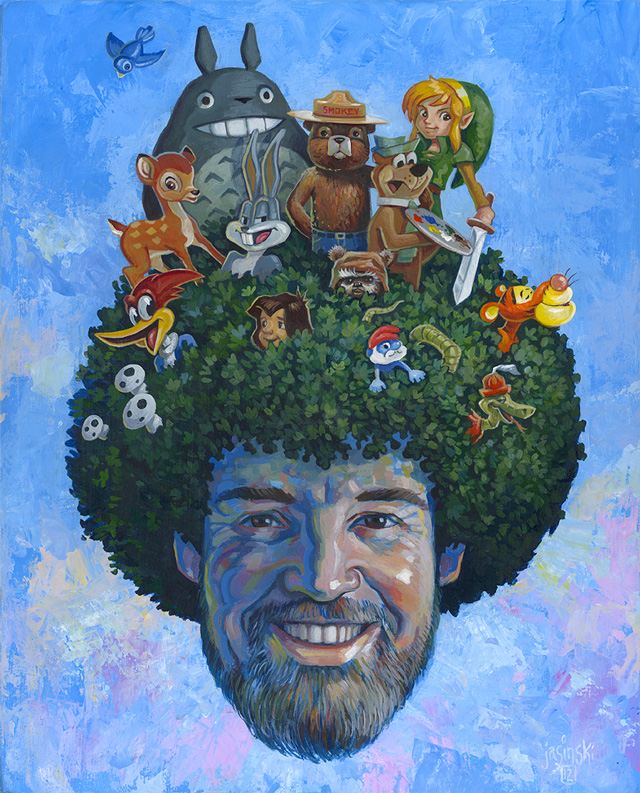 Happy Little Trees is a tribute art show to the late Bob Ross, curated by Seattle artist Aaron Jasinski, which features the work of 28 contemporary artists who “pay homage to iconic painter and television legend Bob Ross.” The show’s opening reception is from 5 PM to 9 PM on September 27, 2012 at Screaming Sky gallery in Portland, Oregon. The show runs through October 21, 2012.

A statement from the show’s curator, Aaron Jasinski:

One of the first ‘professional’ artists I saw actually paint something was public television phenomenon Bob Ross. The effortless way he conjured clouds, lakes, mountains, and trees into existence seemed magical to my young and impressionable brain. (I still don’t get how he did what he did with that palette knife). His personality, hair, voice, and style invoke an almost mythical time, untouched by passing trends, perhaps never to be repeated.

I’m sure most of us visual artists, a generation of artists in fact, were in some way, large or small, influenced in our formative years by this iconic pop-artist. For this show the invited artists were asked to take that influence and turn it into a work of art. Whether they think Bob Ross is cliche, kitsch, or amazing I hoped they would pay tribute to his style or react against it. 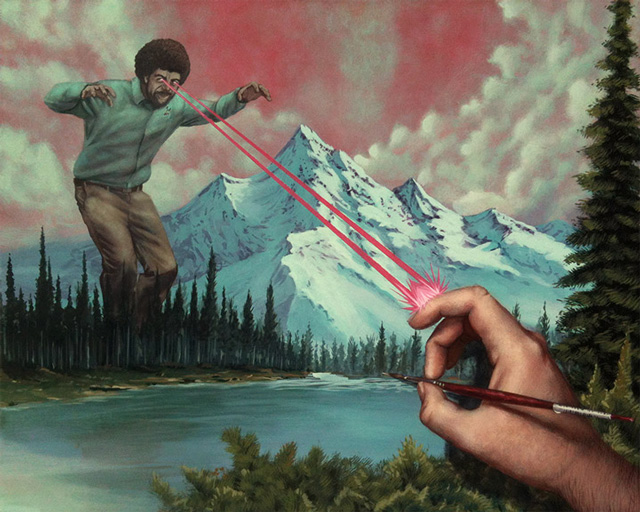 Revenge of the Ross by Casey Weldon