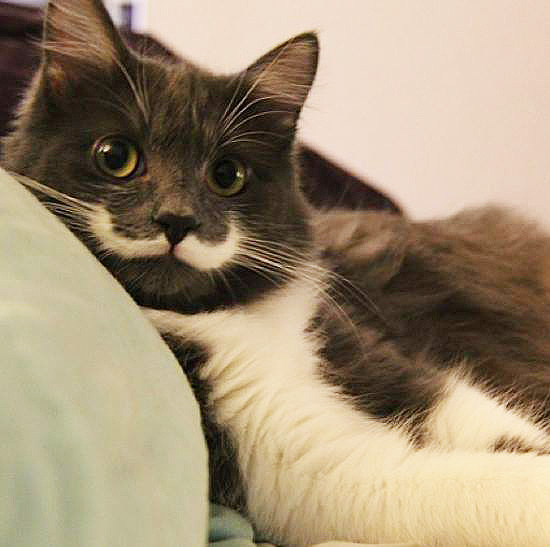 Hamilton (the Hipster Cat) is a San Francisco-based feline that was born with the markings of a rockin’ white mustache is, according to SFGate, fast becoming the latest viral meme (he’s already getting an Urban Outfitters t-shirt deal). They report that there’s “talk that this new breed (technically part Maine Coon, part Norwegian forest) of viral feline personality could be the next Grumpy Cat or Colonel Meow, both notorious sourpusses.” Hamilton was adopted by Jay Stowe from a Silicon Valley animal shelter who has been posting photos of his special looking cat on Instagram. (Hamilton is in good company with this little guy.)

Hamilton is a rescue kitty that was born on the 4th of July (probably). He has a real mustache that is better than any mustache that has ever walked this planet. 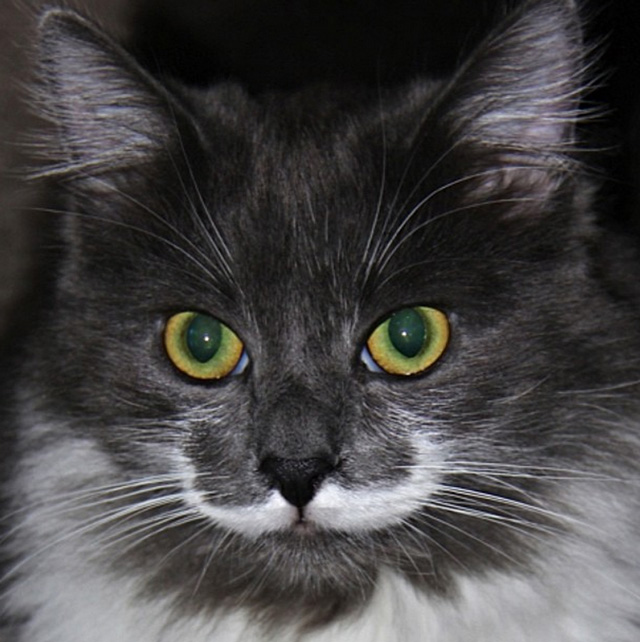 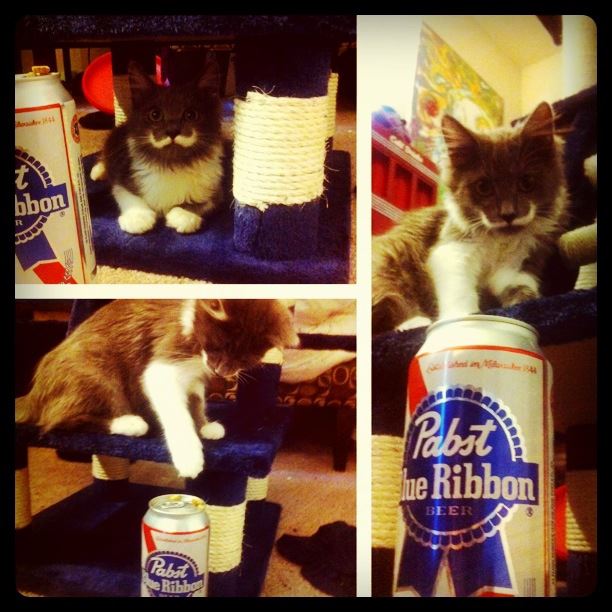 via SFGate, SFWeekly’s The Snitch