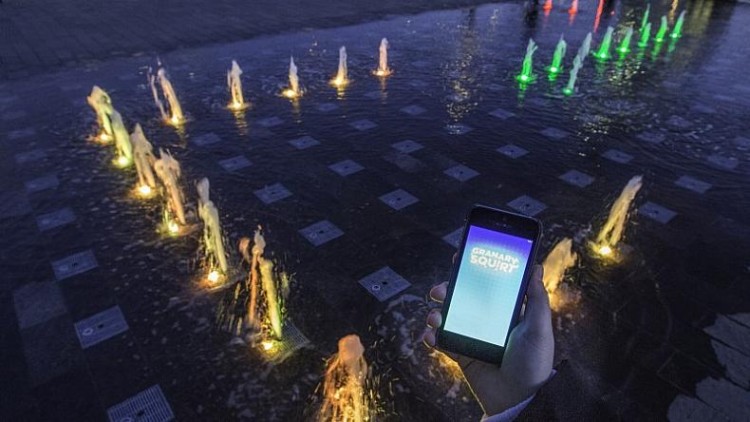 Granary Squirt is an app that allows people to play a simple version of the classic video game Snake using the fountains at Granary Square in King’s Cross, London.

To play the game, users need only download the app on iOS or Android and access the Wi-Fi at the square, then they’ll be given a starting position and a color.

To make it even more fun, we’ve developed games. The first to be released is the 70s arcade classic, Snake. And if you weren’t playing video games in the 70s, you might remember it from the 90s, when it came pre-loaded on the first Nokia mobile phones.

Up to eight people can play the game at any one time, allowing players to take control of a line of jets as they make their way across the fountain bays, dodging the sides, other snakes and taking care not to run into their own tails as they get longer. 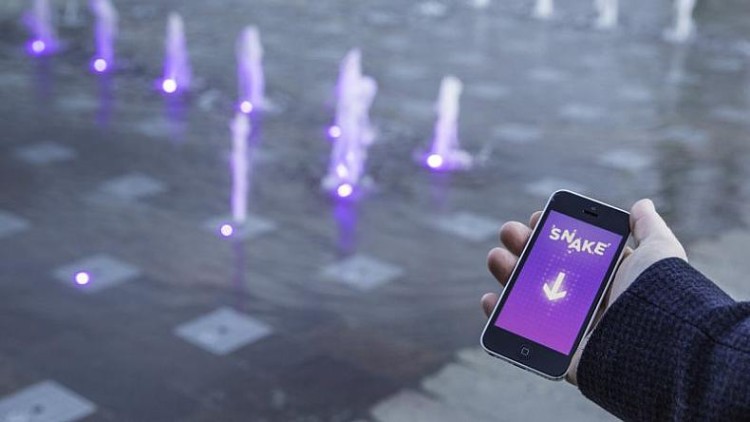 via Time Out London, The Creators Project