Goodnight iPad is a new book by children’s author David Milgrim under the pseudonym “Ann Droyd“. It’s a parody of the classic bedtime children’s book Goodnight Moon by Margaret Wise Brown with art by Clement Hurd which was first published in 1947. Milgrim’s updated story shows a very different homelife 50 years later, with mobile devices, social networks, and non-stop streaming media. Even the cat has headphones on. 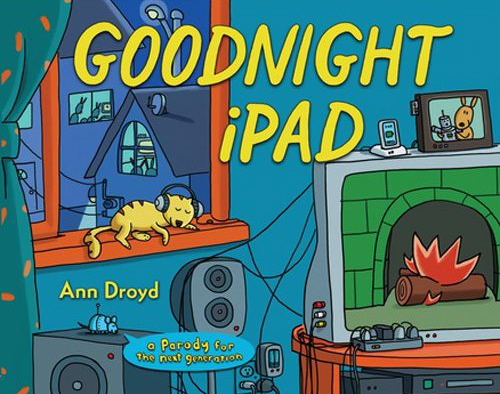 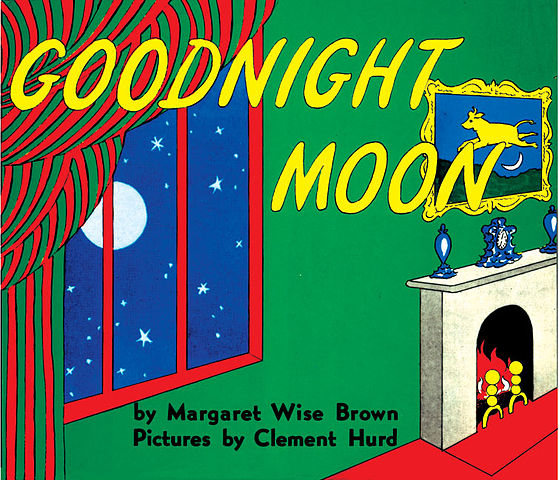 In the original the bunny-child says good night to all the things in and around his house, while effectively postponing going to sleep (for a little bit). But in the modern home everything talks back. And ultimately (spoiler!) the only way the whole family can get to sleep is by dumping the noisy technology out the window. Not sure that works on a nightly basis. The book is cute, it’s kind of a children’s book that’s more for grownups, but still rated G (as opposed to Go The F**k to Sleep).

Other parodies of Goodnight Moon include Goodnight Keith Moon, set on the night the drummer for The Who OD’d:

And Goodnight Dune, which features a night in the world of Frank Herbert’s novel Dune: