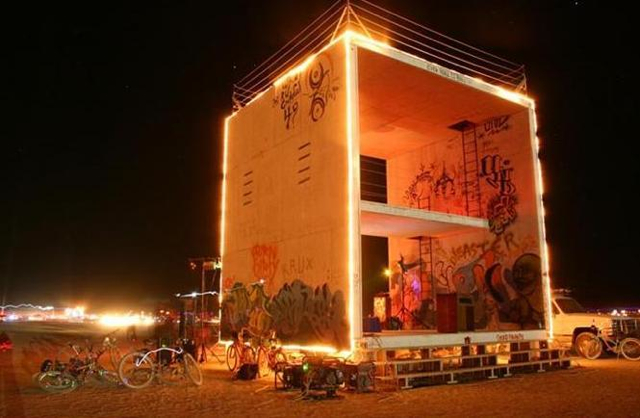 At Burning Man 2006 the Sugar Cube structure was built in three days by volunteers using a new architecture design technique. 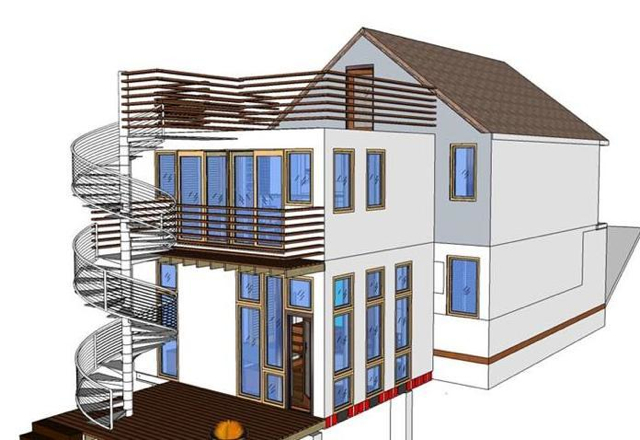 This year, that design technique was used to construct multiple buildings in California by Avava Systems.

David Wilson, a civil engineer, and Michael Kozel, an architectural designer, both of Berkeley, California, originally designed and tested the system in 2006, the same year they created a Burning Man art project called the Sugar Cube using their sustainable construction technology that creates a structural shell from economically assembled renewable plywood components. You can watch a video of the pre Burning Man Sugar Cube construction test.

Sometimes we view art and its creation as a temporary exploration. Occasionally that exploration can be a testing ground for real world applications.