In a rather thought-provoking whiteboard animated essay by Eli Samuel of Discoarse, discussed the concepts of free speech, civil discourse and freedom of expression in the age of technology. Citing a list of banned words being implemented at universities, Samuel raises the alarm about arbitrary censorship in the name of safety, but he is careful to note that the concept of free speech doesn’t give hateful rhetoric a free pass either. In fact, Samuel goes on to say that “hate speech should never come at the expense of human life”.

Freedom of expression, even more so than speech, is a fundamental human right that reinforces all other human rights. However free speech does not mean giving bigots a free pass. It includes the right and moral imperative to challenge oppose and protest bigoted views and as history has shown, bad ideas are most often defeated by good ideas …while we are constantly haunted by the memory of violence and its potential we must not be fearful …freedom of speech is what both makes up and defines our social contract enabling people of radically different opinions to live together without violence

While Samuel stressed the vital importance of maintaining civil discourse in a free society, but left out one salient point, which xkcd addressed in #1357. 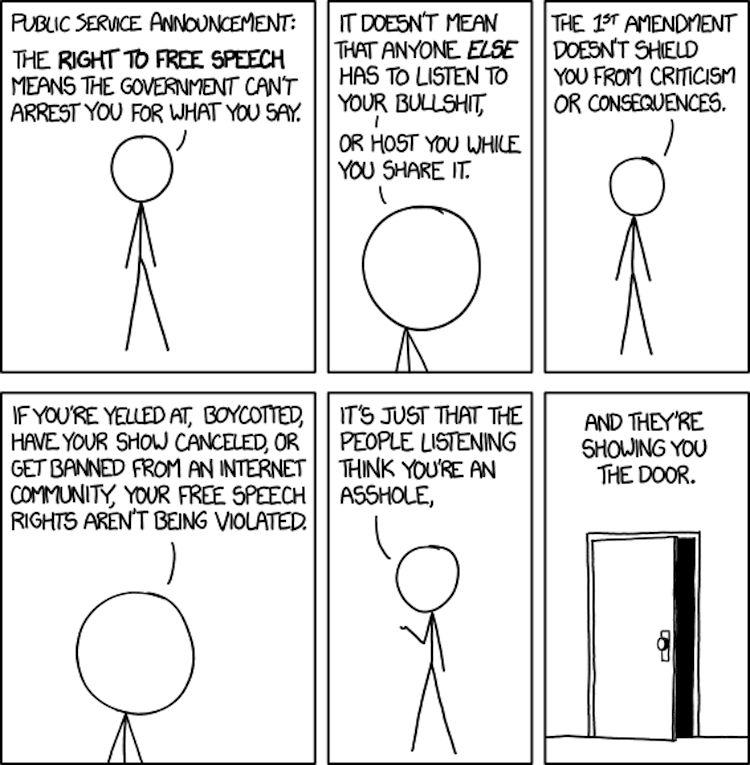