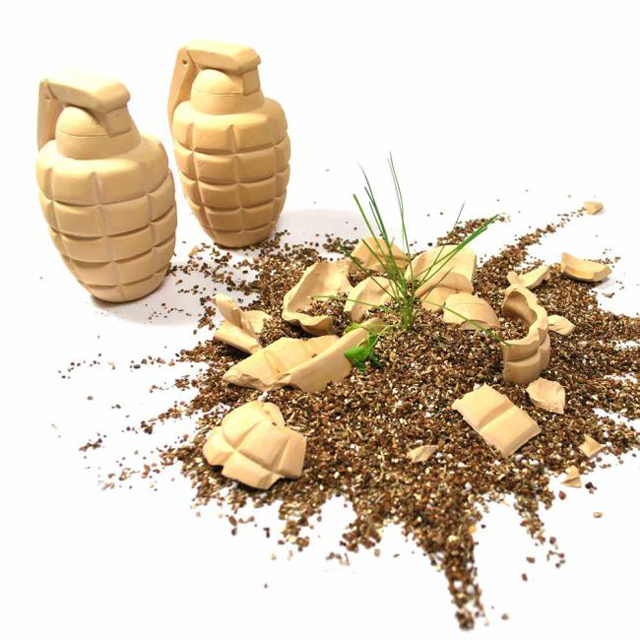 Flower bombing is now made fun and easy! With the motto, Throw and Grow, the Flower Grenade originally began as a 2008 concept piece called BioGrenade in biodegradable paper from designer Tony Minh Nguyen. UK’s Snowhome, a design retailer, began creating them in smashable unfired clay with manufacturer and distributor suckUK. While the grenades may unintentionally promote hippie vandalism, they are available to purchase at Snowhome.

Gardening’s gone guerilla – You’ve seen them, you may have looked away, but you’ve seen them. Those forgotten areas of the estate, left to fall apart and fall into disrepair. The municipal scrubland where nothing can grow… Or can it? Turn the concrete jungle into a wilderness with our compacted wild flower seed grenades.