“97.92,” was created using a 360-degree HD camera rig with a remote-controlled drone octo-copter. The device utilized is the H3Pro7, invented by Michael Kintner of 360Heros.com, which shoots with 7 GoPro cameras all rolling simultaneously. The 7 shots are synced and stitched together to create the full-360 spherical view, which can then be manipulated with the effects and camera movements you see here.

A similar process was used to shoot the music video for “Crossing Borders” by Booka Shade. The directors of that video have created a “making of” to show off the process. Pier Productions has released behind the scenes photos from the “97.92” shoot, as well. 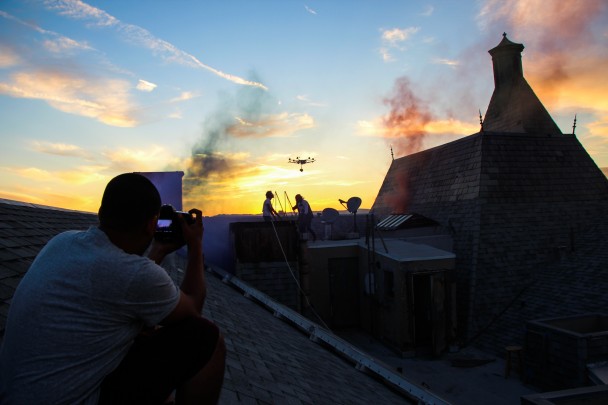 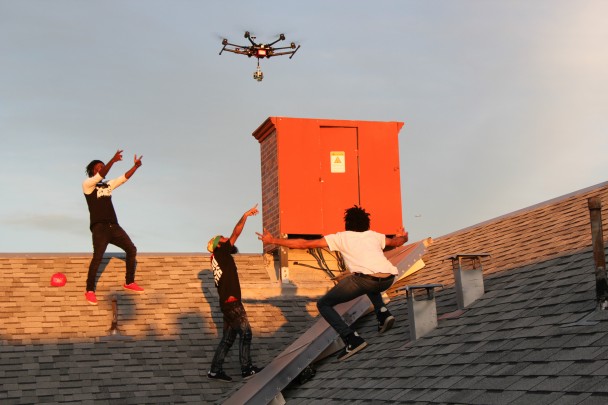