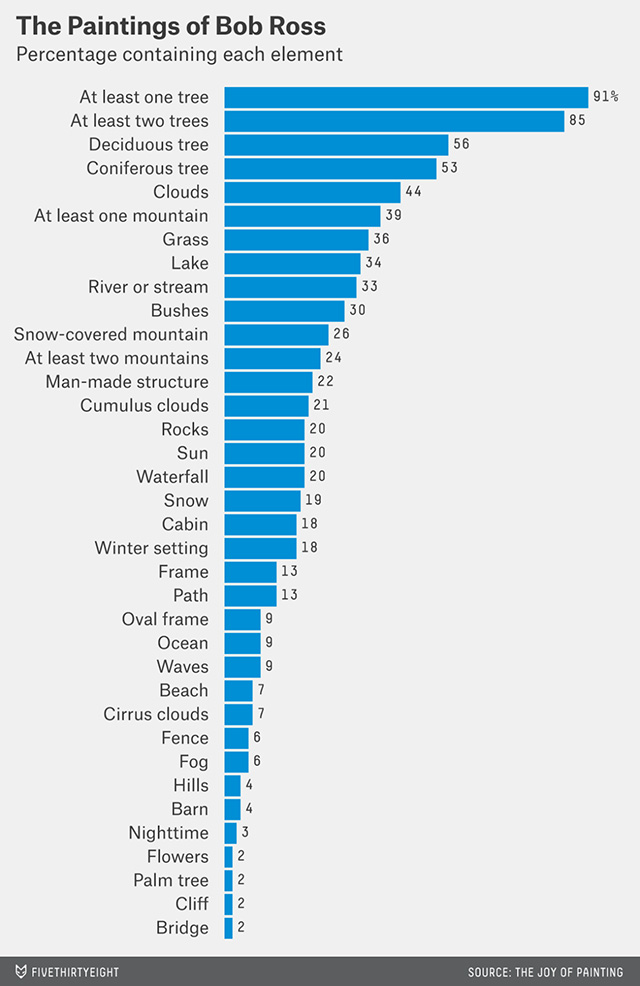 Statistical analysis site Five Thirty Eight has analyzed the artwork of Joy of Painting host Bob Ross, discovering that 91-percent of the works he created on the show featured at least one of the “happy trees” for which he is remembered. Author Walt Hickey further breaks down the 381 episodes on which Ross painted by conditional probability — i.e., what is the likelihood that he painted another object after he painted a first.

There’s a 93-percent chance that Ross paints a second tree given that he has painted a first […] Ross was also amenable to painting friends for mountains. Sixty-percent of paintings with one mountain in them have at least two mountains.