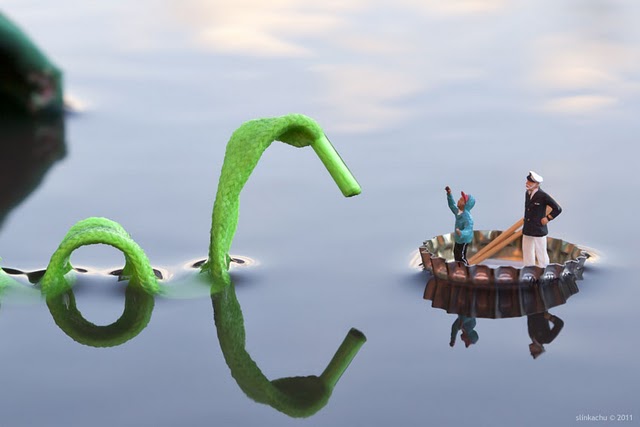 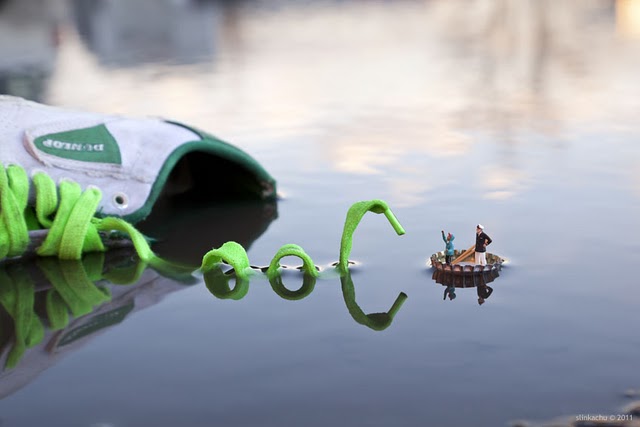 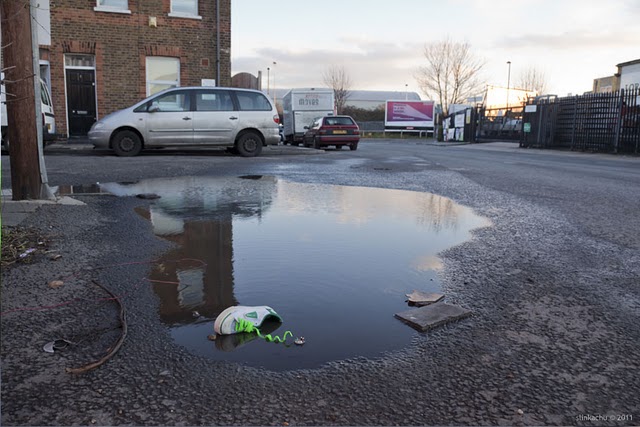 The Little People Project, started in 2006 by artist and photographer Slinkachu, has a delightful new installation titled Fantastic Voyage. We first posted on the project in 2007 when we became aware of it and later the same year when the project was part of the Nuart Festival in Norway. We’re glad to see it’s still going strong.

My ‘Little People Project’ started in 2006. It involves the remodelling and painting of miniature model train set characters, which I then place and leave on the street. It is both a street art installation project and a photography project. The street-based side of my work plays with the notion of surprise and I aim to encourage city-dwellers to be more aware of their surroundings. The scenes I set up, more evident through the photography, and the titles I give these scenes aim to reflect the loneliness and melancholy of living in a big city, almost being lost and overwhelmed. But underneath this, there is always some humour. I want people to be able to empathise with the tiny people in my works.