“Because love is blind. But not deaf.”

Should you feel shy about the noises you make in the bathroom, the folks at Akatu have developed an iOS app to disguise them called Fake Shower. It emulates the sound of running water (either from a shower or open tap) and measures how much water you’ve saved by using the app instead of turning on the shower or faucet. It’s available to download at the iTunes store.

Akatu Fake Shower is an awareness tool that, in a light hearted manner, allows keeping privacy between couples avoiding wasting water. Why? Because many people turn on the faucet or shower only to prevent the other from hearing the “sounds of nature” in the bathroom. Water wasted everywhere – clean, treated, expensive and scarce water. 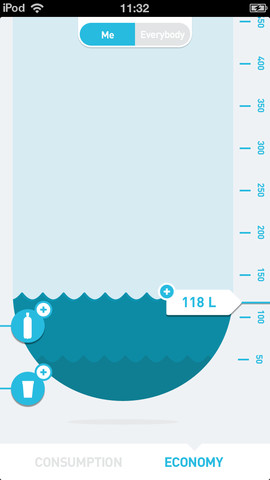