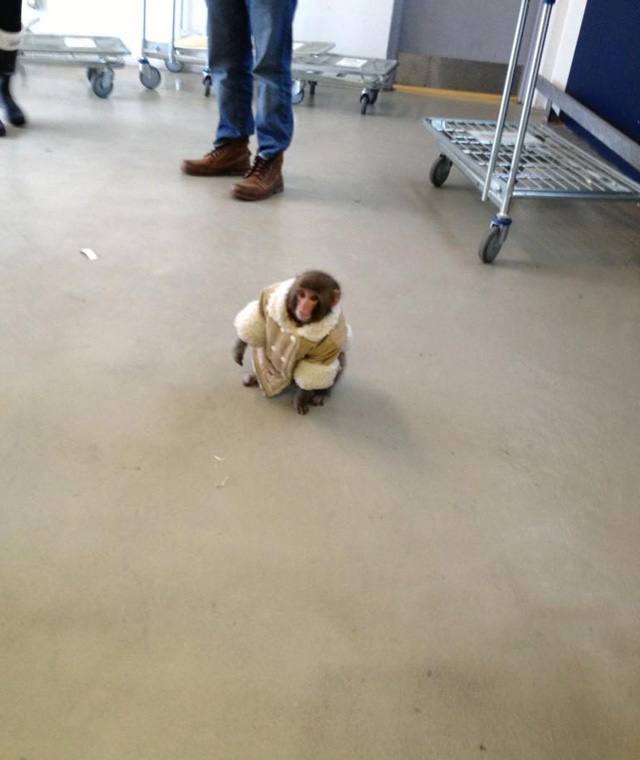 According to CBCNews Toronto and National Post, a small monkey in a fancy shearling coat and a diaper was found wandering Toronto, Canada’s Ikea parking lot and surroundings on December 9, 2012. The reports say that this smart and fashionable juvenile monkey escaped from its cage and was scared and screaming. Its owners, who were shopping at the store, have been charged a fine for having a prohibited animal and will not be able to take it home. A parody account has been set up on Twitter, under the user name @IKEAmonkey.

UPDATE: According to National Post, the monkey’s name is Darwin, is 7 months old and will be headed to an animal sanctuary. 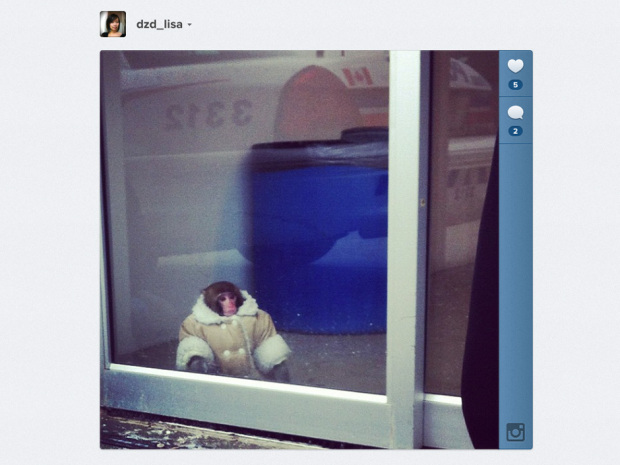 Ikea shopper, Bronwyn Iler Page, snapped some shots of the little guy and posted them to her Twitter account:

Umm saw a monkey in the #ikea parking lot. twitter.com/broniewyn/stat…

You can kinda see the monkey’s diaper in this one! #IkeaMonkey twitter.com/broniewyn/stat…