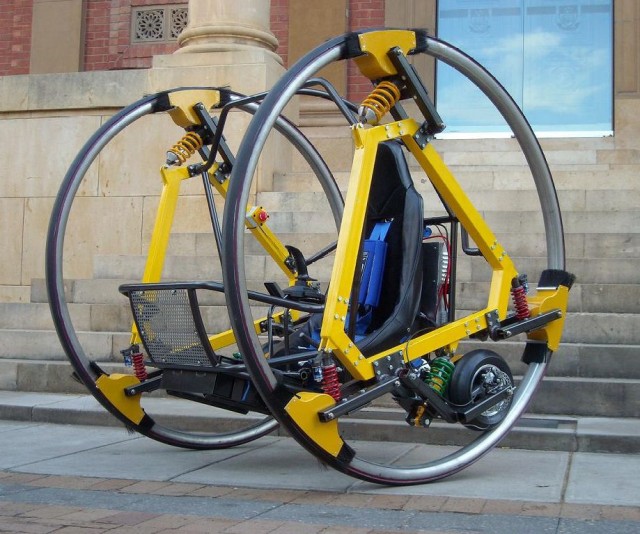 EDWARD is an electric dicycle–a vehicle consisting of two giant side-by-side wheels–designed and built by students at the University of Adelaide. The students developed a remarkably sophisticated stability control system (see their video demo) to tame the dicycle’s less civilized behavior, such as instability when traveling forward and something called “gerbiling.” The tamed dicycle can transport a single passenger at up to 40 km/h. EDWARD is an acronym for Electric Diwheel With Active Rotation Damping.