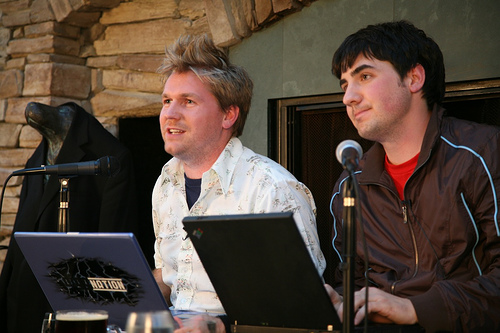 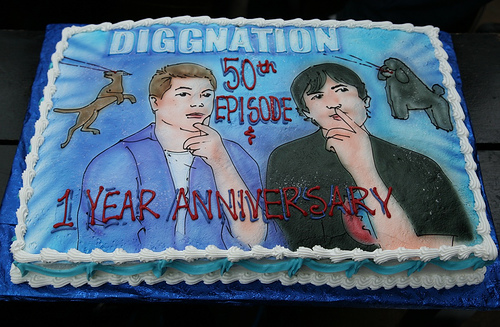 Diggnation is a video podcast that features Digg founder Kevin Rose and Alex Albrecht discussing popular Digg stories over a few beers. Wednesday night, in honor of Diggnation’s 1 year anniversary, Kevin and Alex hosted a party at Beach Chalet in San Francisco where they did a live recording of Diggnation Episode #50. Here are some photos that I shot of the evening’s festivities.

Speaking of Digg, on Wednesday Valleywag broke the story (with screenshots) about Digg version 3, which will launch next week. It is a complete re-design of the site, as well as the addition of a bunch of new categories. It talked to Kevin and the other Digg guys about v3 at the party and they are really exicted about it. Looking forward to it.

UPDATE: Thomas Hawk was at the party as well and shot some great photos.