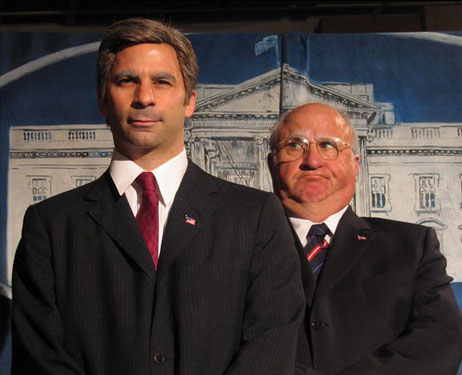 Dubya (Amos Glick) and Dick (Ed Holmes) fresh from an extremely successful run at The Marsh Berkeley, during which they exerted their considerable talents to convert everyone in the audience into a card-carrying member of the Republican Party, are ready to try their luck in San Francisco. The show is full of singing (yes, Dubya sings), dancing (yes, Dick dances), speeches (Dubya, much to Dick’s consternation, has decided to write his own) and a raucous press conference where the audience asks the questions. It is rumored that Barbara Bush is so encouraged by her son’s derring-do that she is flying out to assist him.