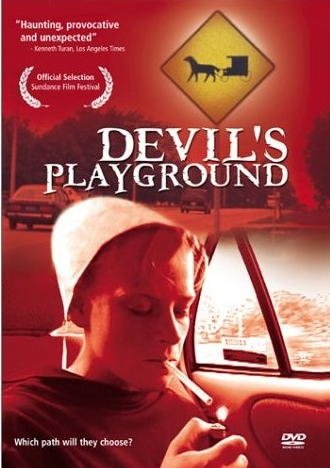 Filmmaker Lucy Walker directed Devil’s Playground, an award-winning 2002 full-length documentary film about the culture of Amish teenagers as they reach their sixteenth birthday by Stick Figure Productions. Walker later went on to direct Waste Land, the documentary that followed artist Vik Muniz to the world’s largest dump in Brazil.

Devil’s Playground is now available in its entirety at SnagFilms for online viewing:

Amish doctrine requires every teenager to choose their own spiritual fate. On the day of their sixteenth birthdays, each child is given free rein to explore all the conveniences and temptations of life in the outside “English” world, during a crucial period in their lives known as Rumspringa. In an unprecedented documentary, DEVIL’S PLAYGROUND offers an unflinching look at the effects of this culture shock on such previously guileless Amish teens.