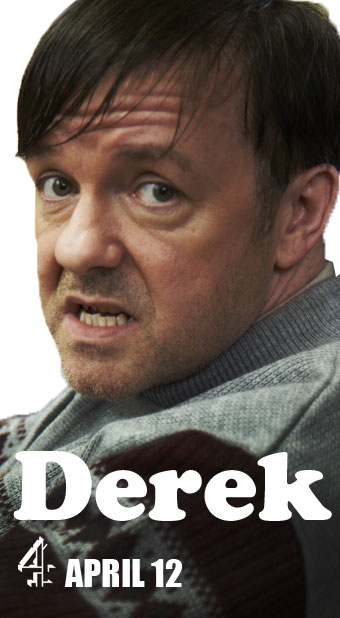 Derek is a new comedy drama television series about a retirement home worker named Derek Noakes and is written, directed and starring Ricky Gervais. The series co-stars Karl Pilkington as “Dougie” and premieres April 12, 2012 on British television station Channel 4. The trailers and outtakes were recently posted and look great.

Derek Noakes is a tender, innocent man whose love for his job and the people he cares for shines through.

Derek works in a retirement home with his mate and landlord, Dougie. Derek cares deeply for old people because they’re kind and funny and tell him stories about the olden days.

Hannah is a care worker at the home and is Derek’s best friend. She’s smart, witty and hard-working, but unlucky in love, and, like Derek, always puts other people first. 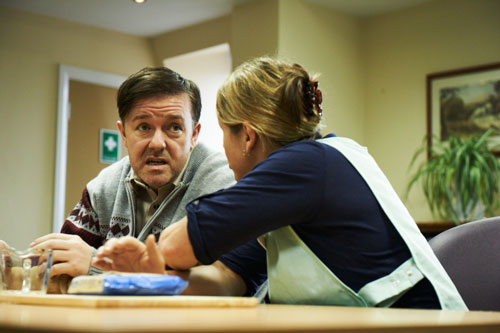